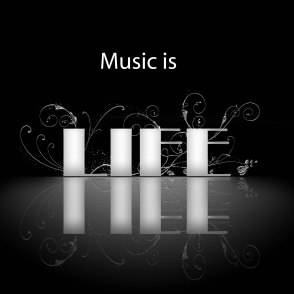 The theme for today’s Daily Prompt is a playlist that represents you, and I personally love the idea. Music has, and will always be the driving force behind almost every aspect of my life – I teach it, I love it and I have made important connections with others because of it. I truly believe that it is the only universal language on the planet. I’ve discussed MANY times about the effect that music has in my life, but I don’t think I’ve ever gone so far as to create a playlist that represents me. There isn’t a limit and I need to be careful that I don’t go overboard, but hopefully the resulting list (which isn’t in any order of importance) will give you a rough idea of who I am.

This song has followed me everywhere throughout my life – it seems to surface at times when I am in a happy place with people that I care about. I would like to add here that the GLEE version does not count!!!

2. I Won’t Send Roses (from Mack and Mabel): Jerry Herman

This was my grandfather’s favourite song, and my favourite version of it is sung by Robert Preston. It’s a beautiful piece of music and I remember spending many hours at the weekends listening to it (on vinyl) at his flat. It makes me feel at peace and gives me a beautiful reminder of a wonderful man.

This song has helped me through some tough times – the chorus in particular contains some harmonies that I refer to as ‘gut chords’ – they’re so pwerful it is possible to feel them in the gut. I have loved it from the first time that I heard it and it is one of my ‘go to’ songs that I listen to when I am in need of comfort.

This was the first classical piece of music that I truly fell in love with and one of my greatest memories is playing this on stage with a large string orchestra. Fabulous.

5. Over the Rainbow: Eva Cassidy

Lying on a balcony in the hot sunshine in Malia, staring at a blue sky while this song played on the CD player in the background is potentially one of the most truly wonderful moments of my life so far. A stunning voice from a woman whose talents were taken away from us far too soon.

I adore this song. This is a song I will listen to in the bath to help me relax. Fabulous.

Bon Jovi are my favourite band. I’ve seen them five times in concert all over the UK and love most of their songs. However, this song has always spoken to me and it is also on my ‘bath’ list, as well as being a song I regularly do at karaoke.

This was a song that my college choir sang. We all love this song, the harmonies are great and it has stuck with all of us over the years – my friend even had a choir sing it at her wedding. Some of my happiest times.

9. I Can’t Help Myself: The Four Tops

This was a song that I grew up with – my mother is a huge motown and soul fan and so a large amount of my ‘pick me up’ playlist consists of songs like this from the 50’s, 60’s and 70’s. I love this song in particular and it reminds me of my mother teaching me how to dance to this in our living room as a child.

A stunning, beautiful song. The reason why I have included this particular song is because I feel this passion and intensity that the song evokes.

I could go on and on – I’ve stopped at ten so you wouldn’t fall asleep, but these are songs that best represent me, my personality and my life.

30 thoughts on “Mix Tape Masterpiece: A Playlist Of My Life”