After reading an interview with British comedian Sarah Millican (she’s fabulous, check her out @SarahMillican75) in which she discussed things from childhood that she missed being able to do, I thought that I would compile a list of my own.

1. During hot summer days, putting on a swimming costume and sitting in a paddling pool in the back garden. My neighbours would think that I’m a little strange if I did this now…

2. Making my own radio broadcasts. I had an old tape recorder that had a microphone and I would record myself interviewing famous people. I would then tape the Top 40 songs from the Singles Chart, stopping it before the DJ started to speak over it.

3. Being able to innocently read this (one of my favourite childhood books) without sniggering to myself. 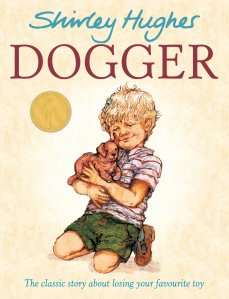 4. Watching episodes of Saved By The Bell during the holidays, and arguing with my sisters as to who Zack would ask out first.

5. Fastening my coat around my neck to resemble a cape and running around the playground.

6. Being able to do a cartwheel and a somersault. If I were to attempt these now I would need to be placed in traction afterwards.

7. Being able to watch He-Man without questioning his sexuality (not that it matters, I’m just distracted now by Adam’s pink tights).

8. Playing sports for an entire day without the fear that every muscle in my body will shrivel up and die the next day in protest.

9. My mother’s Sunday roast dinners. Mine are pretty awesome, but they still don’t compare.

10. Eating the greatest chocolate bar of all time: Cadbury’s Secret. Chocolate marshmallow wrapped in strands of chocolate. I miss them.

11. Playing Sonic the Hedgehog on the Sega Mega Drive. It’s the only computer game I’ve ever completed.

12. Getting photographs back from the processing store after excitedly waiting for several hours and being delighted with the results, even though my fingers were in most of the pictures.

What about you guys? Is there anything that you miss doing from your childhood?

56 thoughts on “Twelve Childhood Things That I Miss”