I love Bucket Lists – lists of things that we wish to achieve/see/do before we die – and last year I spent hours creating the ultimate Bucket List that combined all the smaller ones that I have made over the years. I’ve made a good start on it too and have been able to cross quite a few things off…

However, I was inspired when I saw the idea of the ‘Dented’ Bucket List, created on the RawrLove blog in support of the much missed Rarasaur, who had suggested the idea herself. I decided to create my own – focusing on things that I would never deliberately see and do, things I never hope to experience and things that I have experienced already but would have been on the list. These are not meant to be judgemental towards anybody else and their lifestyles, they are based purely of personal preferences and are in no particular order.

1. Cage dive with Great Whites. Not even if there was money involved. Never. Ever.

2. Have to start my life again from scratch with almost nothing.

3. Live through the coldest two weeks of the year without gas or heating under a duvet, with just 25 pence in my bank account.

6. Do drugs. I’ve never tried any of them aside from cigarettes and alcohol because I’ve never had an interest to and never will – it’s something that has never appealed to me. 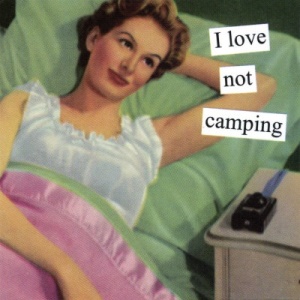 10. Skydive. I have a terrible fear of heights and flying, and so the two combined are even worse. While it appears on a lot of Bucket Lists that I have read, it will never appear on mine.

12. Lick anything from someone else’s belly button.

13. Complain about having a job. While I may complain about my workload on occasions, as most people do, I have never, and will never, lose sight of the fact that I have a good job and I am very lucky to work there.

14. Watch Twilight again. There’s two hours of my life I’ll never get back.

15. Eat boiled egg. Eww. The smell is enough to make me feel sick.

16. Spend the night in a haunted building. I don’t see the point in scaring myself for fun.

18. Lose sight of the importance of a good friend.

19. Perform on stage in a play. I have recurring nightmares about being in front of an audience and not being able to member my lines.

21. Get another perm. I looked like a blonde reject from an ‘Annie’ audition.

23. Pose naked. Nobody needs to see that. I envisage people running away and screaming ‘my eyes! My eyes!’…

24. Forget. Forgiveness is one thing, forgetting is a whole different matter.

25. Expect anything from anyone.

What about you? What would be on your dented bucket list? I’d love to hear your ideas!