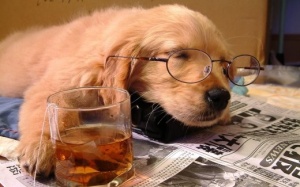 I’ve been away from the blog for the longest period since I started it just over a year ago. There wasn’t anything that prompted this particular absence, it just sort of happened. I suppose the best explanation would be a mild case of blog burnout – I had run out of ideas, I was finding it difficult to keep up with the volume of comments that I was receiving (thank you – I read and appreciated every single one of them) and needed a little bit of time to regroup, so aside from a pug in some funny glasses and some reblogs my contribution to the blogging world has been minimal.

The last few weeks have reached a plateau of ‘just fine,’ which is a brilliant place to be after six months of continuous chaos. I slowed my pace down, relaxed a little and attempted to take things in my stride. I spent a lovely day in the sun, watching my students participate in the annual Sports Day, I enjoyed a fabulous meal at my favourite restaurant with The Bloke, I caught up with some old friends, rediscovered my love of Dolly Parton after watching her performance at Glastonbury on the TV, and I have developed an obsession with the TV show ‘White Collar’ and the ever lovely Matt Bomer (yes, I know he’s gay, happily married to his husband and a father of three, but he’s so pretty I could cry).

There was one thing I was determined to do, however, as soon as I got the chance:

I can sing. I’m not exactly going to be winning the X Factor anytime soon, but I can hold a tune and make it sound ok. I first discovered this when then Best Mate and I started going to a karaoke bar in the Chinese Quarter in Birmingham just for something different, and after a few drinks I plucked up the courage to sing Sinead O’Conner’s ‘Nothing Compares’ when my friends went out for a cigarette. It must have sounded ok – the Best Mate came running back in to see who was on the microphone and was surprised to see it was me.

Since then, karaoke has become a joint passion that only we seem to share – our collective friends would rather pull out their own fingernails than pick up a microphone. It just so happens that the Best Mate now runs his own karaoke nights at the pub that he works at, and so I invited myself along.

For the first time in ages I took the time to actually get dressed up. It wasn’t anything fancy, but I did my hair and make up and put on some nicer clothes than I would normally wear, and was feeling good by the time I left the house. The pub was fairly quiet, but by 9.00pm I had drank a few fruit ciders and decided to go for it, starting with Mark Ronson and Amy Winehouse’s version of ‘Valerie,’ followed, by John Legend’s ‘All Of Me.’ The response was awesome, although it did prompt an elderly drunk man to attempt to talk to me about classical music by screaming ‘BACH! BACH!’ in my face and spitting all over me as he was doing so.

Suffice to say, I got home at 2.30am. For the first time in months I was drunk – not falling about all over the place drunk, but drunk enough to confuse The Bloke with whatever I decided to ramble at him about when I was climbing into bed. I had performed half of Journey’s back catalogue, along with a few Irene Cara classics and at one point a really rude song from a Tenacious D album (I’m not going to repeat it on here – your eyes will bleed). 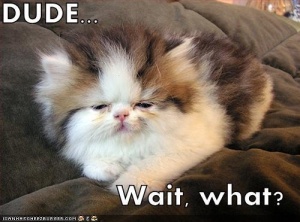 Unfortunately, what I have discovered since reaching my 30’s is that a brilliant night is now followed my an enormous hangover, and so the highs of Friday night were marred slightly by waking up on Saturday morning with an intense headache, jelly legs and an urge never to drink ever again.

Definitely worth it though…

15 thoughts on “Blog Burnout and a Night of Karaoke”