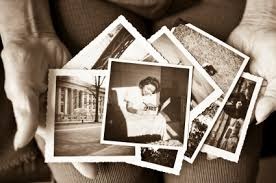 I went onto my Facebook newsfeed for the first time in a while today. The first few status updates were pictures of some of my friends newborn babies (there must have been something in the air – there have been seven births in the last few weeks), others were about the news that Michael Gove, the much despised Education Secretary, has been moved to another position in the cabinet (unfortunately, he’s been replaced by a woman who is quite openly against single sex marriage, but I’ll save that rant for later), and some of my teacher friends had expressed their excitement that the academic year ends at the end of this week. There were thanks for birthday messages, pictures of beautiful places they had recently visited and delicious looking food that they had eaten. One of my friends was clearly bored at work and had been sharing snippets of conversations he had been having with drunken customers, another had just bought a new car, another was discussing wedding preparations for her forthcoming wedding later this year and another had posted pictures from her wedding last weekend.

At the bottom, however, was a status from a woman, K, that I have known for almost thirty years. It included this:

“Today, I have Grade 3 breast cancer and I will begin six months chemotherapy when I return from my holiday next week… I don’t need support now but will need lots of Facebook entertainment during chemotherapy sessions. I strongly look forward to kicking cancer’s ass and coming back to raise money for the cure.”

I had to read and re-read the statement several times before it actually sank in. K is 30 years old. She was in the year below me and we were friends throughout primary and secondary school. As we both played musical instruments we also saw each other several times a week in the evenings for orchestras and bands and as we got older we would go out together. I remember when she met D, a trombone player in the same ensembles, who later became her husband. After I moved to Birmingham, we lost contact, but got back in touch through Facebook in 2007, and over the years I’ve seen her and D have three beautiful daughters. She has always been immensely popular, possessing a personality that makes somebody naturally warm to her – and has an enormous network of family and friends. K is a young, vivacious and successful family woman and I’m absolutely devastated for her and the fight that she has ahead.

Life can be so cruel.

However, K is a fighter, she always has been, and I know that she will come back from her holiday ready to kick cancer’s ass, and she’ll do so with the support of her family and the hundreds of friends that love and care for her, myself included.

38 thoughts on “My Facebook Newsfeed: A Snapshot of Life on One Page”