I love the idea of a conversational post, the idea created by Part Time Monster and lots of blogs that I follow participate.

If we were having coffee, I would tell you that I went to see The Expendables 3 at the cinema yesterday, and loved it. It isn’t going to win any Oscars, but the one liners, in jokes and an all star cast consisting of my favourite action stars all on one screen made me so hyped up I had to control myself from standing up in the middle of the theatre and screaming ‘yeeeeeeeaaaaaaaaaaaaahhhhhhh!’ at the top of my voice. Of course, it was even better in the fact that it starred Dolph Lundgren, the most beautiful man ever created and the subject of a 26 year obsession. If you like senseless violence, huge explosions and cheesy dialogue, this is the film for you. I haven’t enjoyed a film this much since Avengers Assemble.

While I love senseless violence in the fictional world, the violence that is taking place in the real world is heartbreaking, to the point where I don’t want to watch the news anymore. I read an article this morning that stated that there are thirty-two different conflicts taking place at the minute across the world. From Gaza to Ferguson, every day presents me with stories of senseless cruelty and loss. I’ve said it before and I’ll say it again – the world is going mad.

If we were having coffee, I would tell you that I am looking forward to meeting up with my girlie friends tonight for the first time in a few months. Of the five of us, one is celebrating their birthday and another has obtained a job in Spain, teaching English. They are all teachers, we all met while working at the same school and they couldn’t be any more different in personality, but they’re hilarious and I love them to pieces. Cocktails, stories and lots of laughs are guaranteed!

It’s been an interesting week in the blogging world too. I’ve had lots of positive responses to my WordPress Experiment, my best friend started his own blog, I did a lovely interview with Ronovan Writes and have invited to participate in a podcast (more on that in a later post). However, I’m hugely behind in my writing – I have nine or ten of them that are almost finished and are sitting in my drafts folder, so prepare to be bombarded over the next few days!

If we were having coffee, I would complain that I am fed up of hearing ‘Let It Go,’ from Frozen. It’s been released yet again by the winners of Britain’s got Talent and I am officially sick of it. It’s a great song, granted, but I’m tired of it, particularly the parodies. There are teacher versions, doctor versions, parent versions, even breaking wind versions. Enough!!!

I have two weeks left of the summer, and it is going far too quickly. Today is the final day that I am giving myself to just sit back and simply enjoy some me time. As of tomorrow, the me time needs to become more ‘work’ time. Dammit. 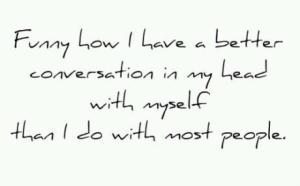