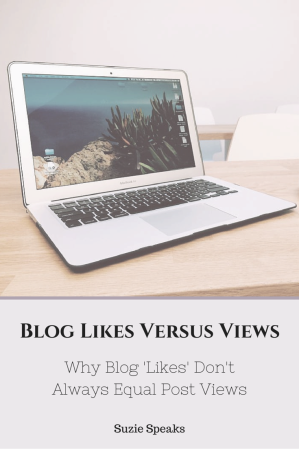 I suppose, upon reflection, this isn’t advice – it’s more of a discussion, but I decided to include it in my blog series as I hope that it will promote conversation and assist with any questions that newer bloggers may have…

One of the most controversial blogging features appears to be the ‘like’ button at the bottom of a post. The like option is used throughout all forms of social media, and was introduced to WordPress in 2010. When I first began this blog, it was this function that I deemed the most useful when gauging the popularity and integrity of another blogger – the more likes I saw on a post, the better I assumed the author was. In my frequent ‘blog wanking’ (thanks Gene’O – great phrase) posts in which I proudly shouted my little achievements at regular intervals, I always included the number of likes a post had received. We all like to be liked… Or do we?

Two years later, the like button is something that I pay the least attention to. This is not to say that I don’t appreciate them – I am grateful for anyone who gives their time to interact with my blog, but I don’t focus on them in the same way that I do the comments I receive. There are a number of reasons for this:

In the past I have tried little experiments on a number of occasions where I check my number of views against the likes I have received within the first twenty minutes. It used to work out that the likes would exceed the views. Now, it is the other way around, mainly due to the number of email and social media followers that I now have, lots of whom aren’t on WordPress. 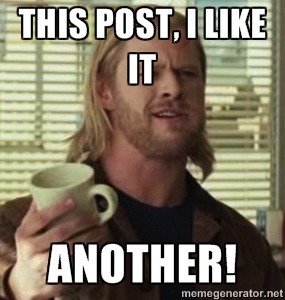 However, I contradict myself at this point, because of the way I use the like button on other blogs. I limit the number of blogs that I follow simply because I enjoy them and want to be able to read all of them, even if I don’t read every post. However, when I only have a short amount of time, I will like a post to acknowledge that I have read and enjoyed it, and I will do the same if I have read something via Twitter and plan to retweet it. I know that many others do the same, and this is why I usually avoid conversations about the like button – we’re all busy people with our own lives outside of this little online bubble that we have created for ourselves, and it isn’t possible to spend hours commenting on every post that we read.

So, now I’ve potentially confused you with my hypocrisy – here are a few points to remember when thinking about the amount of likes you gain on your blog.

What do you think of the like button? Do you value it? Do you use it?