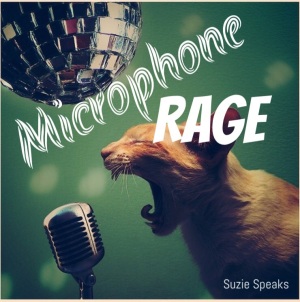 On Friday night I went to karaoke for the first time in months with some friends, and after working my way through some of my favourite songs I got home at 1.30am. I’ve had about five hours sleep, which I’m expecting to hit me at around lunchtime.

Some may laugh, but I take karaoke a little more seriously than I should. I’m not going to be auditioning for the X Factor anytime soon, but I can hold a tune and, in complete contrast to my nerves when having to speak in front of large groups of people, I’m reasonably confident when doing so.

We went to a Chinese restaurant with private karaoke booths, where we indulged in lovely food and rocked our way through a whole plethora of songs. At 11.00pm we had to leave the booth and move to a central room where there was a stage, and the singing continued.

As always, there was a large group of drunken people who decided that the restaurant was theirs for the night. Not only were they loudly screaming songs from Robbie Williams and Oasis (and I realise that many of you from outside the UK won’t have a clue who they are), but they remained on stage to scream their way through everyone else’s songs too as there were several microphones.

That is, until we walked in and the microphone rage set in. Yes, there is such a thing as microphone rage, and a slightly inebriated Suzie who is being screamed at while she’s trying to sing Bon Jovi is not a happy one. Luckily, my friends stepped in and we took turns holding the spare mic while the others sang, and in the end the morons retreated to jumping around in the dance floor instead, and eventually left.

What about you guys? Is there something you take more seriously than everyone else?