If we were having coffee, I would tell you that it’s been an unexpectedly busy end to the week…

I had another day of supply yesterday – this time a little busier than the day before. I was predominantly covering Spanish, which was quite an experience as I can’t speak anything more than basic conversational sentences, but it was interesting to see how much the students already knew. I had a group of Year 7 students who were in their first ever lesson, so instead of doing the cover work that was set I took the opportunity to teach them the basics – ‘hello,’ ‘goodbye,’ ‘please,’ ‘thank you,’ how to ask someone what their name is, how to say their name and how to count from one to twenty. It was really enjoyable – I learnt as much as they did, and it has inspired me to learn more in my free time. It’s amazing how many useful instructional videos are available on YouTube!

And then there’s that one class. The one where every student is a superstar. The one where you can joke and have a bit of banter and then can trust them to not just do the work, but to automatically try and create extra work for themselves just because they enjoy it. The sort of class that challenges you as much as you challenge them. It reminded me just how great the profession can be. Not great enough to make me wish for my old job back, but it was a nice end to the day. I’ve been offered an entire week of supply next week, but I’m only going to do four days – I didn’t quit just to go straight back in full time and I want a day to be able to have time for myself. My freelance stuff starts the following week, so I’m taking the opportunity to earn some extra cash for Christmas while I can. After all the worries over the summer, I didn’t expect to be turning down work within a fortnight of term starting – perhaps someone is watching over me…

If we were having coffee, I would tell you that I’m looking forward to spending a bit of time with The Bloke – he’s stayed at work late this week (he also works in a school) and leaves early in a morning, so I haven’t really seen much of him. It’s his birthday next month (which I always get far more excited about than he does), and what he doesn’t know is that after a sixth month search I finally managed to find a particular item for his present on eBay, at a quarter of the price of what I saw it advertised at last year. It’s been delivered already and is in perfect condition, with the only problem being that it is ridiculously small. I think what I might do is wrap it in a really large box, just for a giggle. I’m also taking him to ‘Brick,’ the UK’s biggest Lego convention (yes, he’s one of those), and I am expecting that his already extensive collection will be added to… Fun! 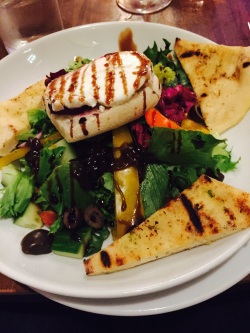 If we were having coffee, I would tell you that I met up with some friends last night – they are all former colleagues and most have moved on to new schools, and it was lovely to see them and to hear how much they are enjoying their new jobs. We went for a meal at Prezzo, an Italian restaurant, and I treated myself to a lovely goats cheese salad and a cocktail, and during the course of the night I laughed so hard that my face hurt. I always feel so lucky to be able to spend time with people that I can truly relax with and enjoy their company – I’m blessed to know some wonderful human beings!

If we were having coffee, I would tell you that I have made further progress with decluttering and organising my stuff. It occurred to me over the summer that we are surrounded by things that we haven’t used since we moved into the house eighteen months ago, so I spent a few hours having a sort out last week. I regularly give things to charity shops, taking in lots of bags of clothes over the last few months, but this time I found things that I could sell – my Nintendo Wii, my Nintendo DS, The Bloke’s Nintendo DSi, extra controllers and a ton of games and DVD’s. I checked out the prices for the current items on eBay, and inquired at a games store in town and a Cash Generator on the high street. I didn’t expect to get much from it all, but because we’ve kept it all in good condition and have all the original boxes, the Cash Generator offer was surprising and far more than anything I saw on eBay and anywhere else. Consequently, I dragged three large bags of items in this morning and I have another to take in, and was given the equivalent of the money I spent in Barcelona the other week, which we have divided according to who owned what, and have used some of it to do a food shop for the next few weeks without touching our bank accounts. It’s nothing compared to what we spent on the items originally, but every little helps, and now we have a little more space than before!

What about you guys? What are your plans for the weekend?

The ‘If We Were Having Coffee’ series was created by Part Time Monster. Everyone is invited to join in, and you are welcome to share your coffee posts on Twitter every Saturday with #WeekendCoffeeShare – hop on over and join in the fun!