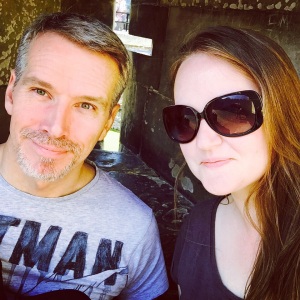 I had a completely different post prepared for today’s NaBloPoMo. However, The Bloke has had some bad news today and as the main purpose of this little blog is to be able to work through various issues in the process of writing, I decided to change my initial idea and just get back to free writing – something I haven’t done in some time.

I’m not going to go into too much detail, but The Bloke’s job security has been in a precarious position for a while. His place of work has been going through a ‘restructure,’ a word that has never been positive in my experience, and despite several opportunities to potentially stabilise this in the last month, he has placed his faith and loyalty in the words offered to him by the people that he should be able to trust.

Unfortunately, to his detriment at times, he likes to see the good in people, and believes that what he is told is honest and factual, as this is the way that he conducts himself with others. However, there are many in the world of business who lack this level of integrity, and today he discovered that he had been well and truly screwed over by such people, as have a number of his colleagues.

He’s gutted, as I am for him, and tonight we’ve retreated to the couch with the cats to seek comfort in our favourite TV shows while we calm down. Things have been going so well recently that it was inevitable that life would throw a proverbial spanner in the works, but after a roller coaster of a journey in the last few years with the death of family members, house moves, operations, hospital stays, my huge job change and pets with serious illnesses it would have been nice to have a little bit more of an opportunity just to enjoy the stability of recent times.

… Except perhaps for the fleas of a thousand camels to infest the crotches of those responsible for causing so much anxiety, stress and upset to so many I care about. I hope they can look at themselves in the mirror at night.