I’ve never been married, but after attending many over the years as a guest or as part of a string quartet, I have a decent idea of the sort of wedding I would like.

Picture this: a Christmas theme, held in a beautiful hotel in the countryside, with lots of candlelight, a simple ceremony and beautiful food, celebrated with a small group of our closest family and friends.

It turns out, one of my oldest and dearest friends, Charlotte and her partner John, clearly have similar tastes, and The Bloke and I have just returned from one of the most stunning weddings we have ever attended.

Charlotte, or Charlie as she is usually known, is a friend from university, and while we have only seen each other in person a handful of times since we graduated, we talk on the phone regularly and over the years she’s been an absolute rock. She’s been through a lot, and I’ve always admired her for her strength and ability to carry on amidst the various challenges that have been thrown at her.

A few years ago, after being single for a while, she met John, a pilot in the RAF, and it didn’t take long to realise that this was it. Within eighteen months they had bought a house and moved in together, and during a trip to Thailand John had proposed, and they’ve planned their wedding in just a few months.

It was held at Bibury Court, a Jacobean mansion (built in the 1600’s) in the beautiful town of Bibury in the Cotswolds. It’s renowned for it’s beauty, so much so that it has regularly been used in Hollywood films (Bridget Jones and Stardust to name a few), and even though I grew up in the countryside I have to admit that I was overwhelmed with how gorgeous it was, even in the dull and grey weather.

True to form, The Bloke and I arrived ridiculously early, to find the wedding party sitting down to breakfast. To avoid disturbing them, we decided to explore the grounds… 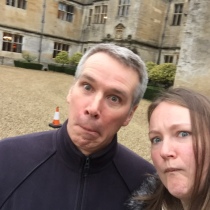 The Bloke and I felt a bit awkward after arriving a bit early… Just in time to see the wedding party sitting down to breakfast. Oops! 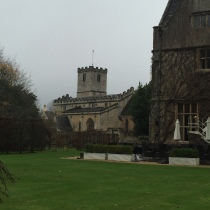 The little chapel at the back of the mansion 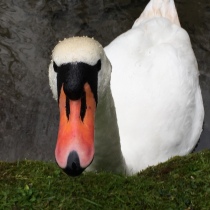 I made a friend. I called him Harold. 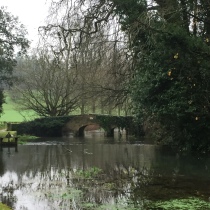 After they had finished, we checked into our room, relaxed and watched some TV, and then got ready for the ceremony that was being held in one of the rooms downstairs. As John is in the RAF, he and his friends were dressed in full military uniform (complete with swords), and the guests looked beautiful.

This is a summary of the day: 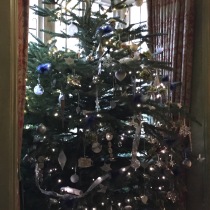 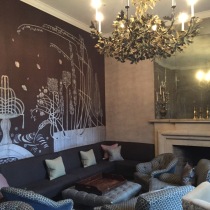 My friend’s beautiful wedding in Dec

It was a truly fantastic evening followed by a great sleep in a ridiculously comfortable bed. I’ve never seen Charlie look so happy… And she absolutely deserves it.

24 thoughts on “A Wedding in the Cotswolds”