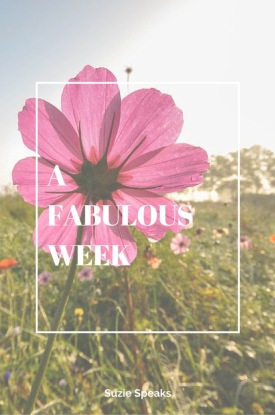 It’s always difficult when the urge to write is present, but there doesn’t seem like there is the time to do so. I’ve composed a million blog posts in my head over the last few weeks, and yet haven’t been able to get round to completing and publishing them.

It was back to work last week, after an incredible week off. To be honest, my initial plans were to adopt my inner broccoli and veg out, but it ended up being filled with friends, food, films and plenty of cocktails. I’ve caught up with friends I haven’t spoken to in months, and one that I haven’t seen in years. It’s been busy, but it’s been fun. I know, it’s a tough life, but someone has to do it.

I received a text from one of my oldest friends, asking to meet for lunch. I haven’t seen her in a while – her job means that she works six days a week – so it was a nice surprise. She’s been in a relationship with her bloke almost as long as I have been with mine, and it has been a bit of a running joke between us that neither of us are ever going to get proposed to – both our fellas are quite laid back. However, within about five minutes of meeting her, she showed me a beautiful shiny engagement ring on her left hand…

Yes, her boyfriend had finally popped the question (does anyone else keep reading that as pooped, or is it just me?), and I couldn’t be happier for her.

Of course, after all the squeaking had finished, we had to celebrate, so what I originally thought was going to be a quick lunch turned out to be a seven hour session, during which I consumed more than my fair share of cocktails. Unfortunately, when I uploaded the pictures to Facebook I received a whole bunch of congratulatory messages from people who thought it was me that had got engaged, which I don’t think The Bloke was massively impressed with.

Suffice to say, the following day was spent nursing an enormous hangover. You’d think that at this stage in my life I would have learnt from previous experiences, but I never seem to be able to do anything in moderation.

Despite this, on the Thursday I met another friend for lunch. We walked around the city for a little while, ticking off some errands as we went, and then something caught my eye as we passed Starbucks. Benefit Cosmetics were promoting new cosmetics and giving free makeovers and I practically shoved my friend out of the way so I could get to the counter.

Freshly made up, there was only one thing for it, so we went for a cocktail. However, this time I actually managed to control myself and only had the one, before going home to snuggle up on the couch and watch Californication on Netflix. I know that I’m about five years behind everyone else, but I’m hooked, and The Bloke and I watched the entire first season in a day.

Getting out Benefit make-up on…

The other weekend I went to see Deadpool. I’ve heard mixed reviews from friends, but I loved it, although I was quite surprised by how graphic it was. So graphic, in fact, that the father who managed to sneak his young son into the film decided that it wasn’t particularly suitable for him, particularly once the sex scenes started, and I was laughing to myself as he quickly ushered the boy out of the room as loud sex noises filled the air from the speakers. Serves him right.

Consequently, the blog has suffered a little, and I have a lot to catch-up on: posts to read, comments to answer… Judging by what I had seen this morning I’ve missed out on a lot. Still, I have Thursday off so I can sit myself on the couch and read about everyone’s recent experiences, which I’m very much looking forward to.

What about you guys? What have you been up to? Tell me one thing about your day!