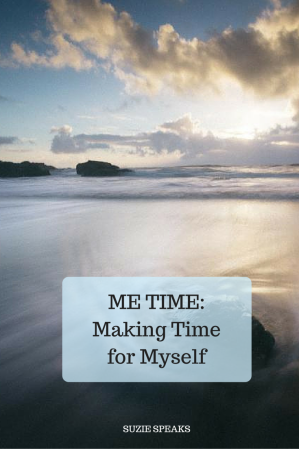 There’s a scene in Office Space, one of my favourite films, where two of the characters are discussing what they would do with a million dollars. I remember watching the film for the first time several years ago when things were extremely tough in my personal life, and Peter’s response really struck a chord with me:

Peter Gibbons: I would relax… I would sit on my ass all day… I would do nothing.

Yes. This. This is what I would do, I thought to myself. Of course, doing nothing every day would become tedious and boring very quickly, but in the state of panic and anxiety that I had, with such an immense amount of pressure on a daily basis, the idea of doing nothing sounded like heaven.

And now, since my life has changed, I find that I can do just that whenever I can and I make no apologies for it. Me Time has become important. It’s a chance to switch my brain off and relax. My confidence has grown to the extent where I am comfortable in my own company, so during my me time, I’ll take every opportunity to thoroughly enjoy it as much as possible!

I have different routines depending on what mood I’m in. I can easily spend two hours in a hot bubble bath, I’ll watch TV or films that I haven’t seen in a while, I’ll blog, tweet, get lost on YouTube (usually Ellen Degeneres or Jimmy Fallon are the most addictive), or I’ll ring a friend that I haven’t spoken to in a while. I’ll play with the cats, or edit my photographs. I’ll find interesting recipes and attempt them (Nutella Brownie Cakes being the biggest success so far). The Bloke has got used to coming home at the end of a long day, only to be presented with a dish of something random that I’ve discovered on Pinterest and spent twenty quid on buying the ingredients, and inevitably, it’s always a little charred. (I keep telling him that the burned bits are good for his digestive system). I’ll also go into the city to wander around the stores and depress myself at all the beautiful things that I can’t afford. I’ll treat myself to a nice lunch at my favourite restaurants. On a nice day, I’ll go to the top of the library to look at the view.

And on some days, I’ll have a nap for a few hours, just because I can.

Ok, so it maybe isn’t doing nothing as such, but compared to the days I used to have, it’s minimal, and it’s bliss. It’s the highlight of my week, and gives me something amazing to look forward to.

Because, let’s face it – nobody looks back in life and wished that they had spent more time at work… do they?

What about you guys? Do you get chance to have a little time to yourself? What do you do?

79 thoughts on “Making Time for Myself”