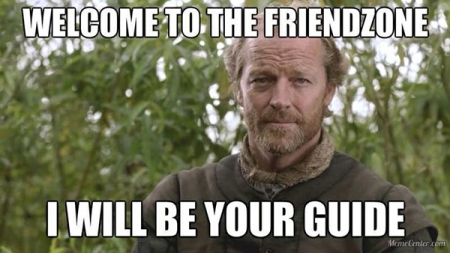 After a crazy few days, including a brilliant time celebrating my friend’s birthday, I’ve just got home, and it would be fair to say that I’ve had a few drinky poos. I’ve never blogged whilst intoxicated, but after what I witnessed today I had to write it down or I know I would be awake for most of the night writing a potential blog post in my head anyway.

Those who follow the blog regularly will know that, when it comes to romance, I’m a bit lame. I’m in a relationship, I’m in love, I’m happy, but if The Bloke were to suddenly go out of his way with a hugely romantic gesture I’d probably be a bit awkward.

However, show me a highly charged, romantic chick flick and I’ll throw myself into the development of the relationship between the main characters, empathising with every emotion that they may be feeling. I’ve lost count of the amount of times I’ve got to the end of a film feeling mentally exhausted.

For me, the most beautiful moments are often found in the facial expressions given by the male characters when looking at female love interests. In real life, however, I’ve only seen it a few times – when John saw my friend Charlie walking down the aisle towards him at their wedding last year, when my fireman friend told me he was getting married to his awesome girlfriend…

…and today, when I saw the way X looked at Y during my friend’s birthday shenanigans.

To my knowledge, X and Y have been friends for a long time. X is single, Y is not. X and Y are both attractive, but Y is particularly stunning, and she was wearing a gorgeous lacy black dress that showed off her enviable figure. For the entirety of our celebrations, Y was the only girl in the room for X. He made sure to sit as close to her as possible, to find ways to touch her arm, to give compliments when he thought nobody was listening (I was, mainly because I’m a nosey cow). When sitting around a circular table, he was turned very much towards her. And there it was: that look. I had to stop myself from getting out my phone and playing the soundtrack to The Notebook while we were eating.

They seemed to be having a really nice time – they were deeply involved in conversation and, while I’m not totally sure what was going through his head, I get the impression that he felt things with Y were perhaps going somewhere. The enormous smile on his face was certainly enough to tell me that he was happy at least…

That is, until one of the girls mentioned that X was the only male sitting at the table with a large group of women (the others had left due to family commitments), and made a joke that he could find himself in a lucky situation at the end of the night with so many lovely ladies to choose from (and before anyone starts ranting here, chill out, this was a joke between friends). X glanced at Y, who then said very loudly:

“You can definitely count me out of that one I’m afraid!”, and then she proceeded to crack up with laughter.

Now, this may not sound like much, but after witnessing this connection build over a number of hours, it really kicked him in the nuts. The best way I can describe his reaction is that it is like the scene with Ralph Wiggum and Lisa Simpson, where Lisa tells Ralph that she doesn’t like him and the very moment where his heart breaks is pointed out later on the television. The poor lad was shot down, and as I watched him carry on as though nothing had happened my own heart broke for him a little…

Poor dude. I’m off to go and drink some water and prepare myself for the inevitable hangover tomorrow.