I had my final full week off of the summer, and I absolutely made sure that I didn’t waste any of it!

I met up with some of my girly teacher friends. We used to work together at the same school and over the years we’ve all moved onwards and upwards with our lives, but have still managed to keep in touch. We decided to meet for a burger and cocktail, and even though I was feeling a bit rough I knew that I’d have a brilliant time. It’s nice to sit around a table with them and catch up with what they’ve been up to – one is starting a new job, one lives and works in Spain so had come back to the UK for a visit, another has just bought a house and moved in with her partner, one is pregnant with her second child, one has spent the summer doing really awesome travel stuff and I have got engaged – so we had a LOT to talk about. They’re just nice people to be around – there’s no mean girl issues or competition – we just sit, laugh, drink and talk, and because there are so many of us there are never any awkward silences. 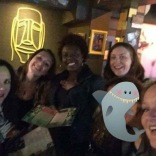 The Bloke and I decided to spend yesterday morning at the Toy Collectors convention at the NEC – I had no idea what to expect as it was a spontaneous decision, but I ended up having an absolute blast (and spending far more money than I intended!). It turned out to be an enormous nostalgic trip back to my youth – I spent a large amount of the time looking at the toys from the 80’s and feeling rather depressed that I didn’t have them anymore, mainly because a lot of them are now worth a fortune! There were so many things – He-Man figurines, My Little Pony dolls, Barbie sets, Cabbage Pail cards – I had them all. I miss He-Man – my mum once told me that when I was little she would walk past my bedroom to find me playing with my He-Man and She Ra dolls, often uttering “and Skeletor had an idea.” And, unlike the BRICK Lego convention where everything cost a fortune, I found a bunch of Lego figurines that I had been looking for to make something for The Bloke as a wedding present (don’t ask…) for next-to-nothing. I also got my brother-in-law a vintage Star Wars thing, which I now need to find a small display case for. 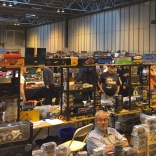 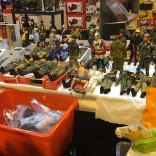 And then, I’ve had a number of reviews, meals and events (it’s a tough life, but someone has to do it!) that have been amazing – an Asian High Tea, tapas, pizza and a rather unusual bar that masquerades as a laundrette while serving cocktails. I had the pleasure of meeting Steve, the mixologist, who eloquently described himself as ‘an enigma, wrapped in a pirate.’ It suited him perfectly – he certainly had an essence of pirate about his style, and he was one of the funniest people I’ve met in a while… I’m going to write them all up individually, so brace yourself!

Oh, and Juliet Landau (Druscilla from Buffy) followed me on Twitter!! 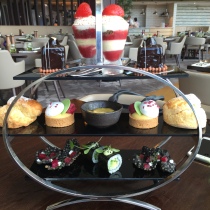 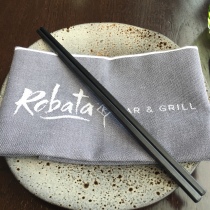 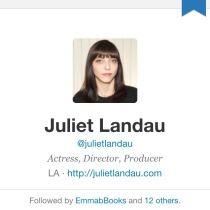 So, after a truly incredible summer, I now have just a few days left before I start to develop a routine for this academic year. I can’t believe it’s gone so quickly, but what a wonderful two months it has been!

What about you guys? What are you plans for the next few weeks?

23 thoughts on “More Cocktails, a Pirate and He-Man”