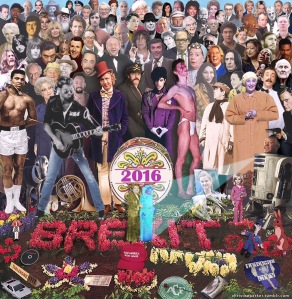 I sit here on New Year’s Eve, waiting for evening to start and the chimes of Big Ben to invite 2017 in. We have done the exact same thing as we did twelve months ago – we’ve had our own little buffet of snack foods, during which we have eaten far more than either of us should have done, I’m sitting in the exact same spot, watching The Bloke quietly snoozing on the other side of the couch, and judging by the photographs I took, I’m even wearing the same jammies as I did last year.

And yet, the world seems a very different place than it did a year ago. We’re no longer part of Europe. We have a new Prime Minister. The middle-eastern crisis is worse than ever. The daily news seems to have been filled with hatred, war, poverty and hardship. President Elect Donald Trump is getting ready to move into the White House. We have lost some of the greatest actors, musicians, sportspeople, comedians, writers and talented human beings that ever walked the earth. I did make a ridiculous attempt to document exactly who had passed away this year, but nothing that I could produce is more effective by the Sgt. Pepper inspired image, created by British artist Chris Barker (@christhebarker). And sadly, he’s had to add even more over the last few days with the loss of George Michael, Carrie Fisher and Debbie Reynolds. 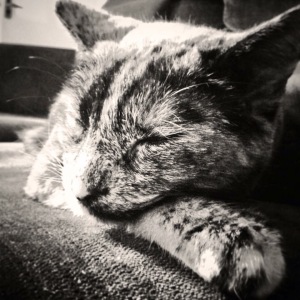 I said goodbye to my little friend…

2016 has been described as an ‘Annus Horriblis’ by so many and the greatest year of change by others. In my own life, there’s indeed been some changes. I have just one sleepy cat on my lap instead of two, having lost Daisy in October. Some of my friends have lost loved ones, or are dealing with illness. But, as I sit here, in the same place as before, in a warm house with a wonderful man, the bills paid, food in the cupboard and a list of lovely people to wish a Happy New Year to, I can only look back on most of the year with gratitude.

I have a gorgeous engagement ring on my finger, a wedding to finish planning and Baby Squidge (my sister’s baby), to welcome into the family in a few weeks time. Indeed, my family are the closest we have ever been and we have already had an addition in my sister’s pug, Dougal. I’ve had some wonderful evenings with friends filled with laughter and fun. I’ve also had an unbelievable year of experiences, with a beautiful holiday in Scotland (complete with the unforgettable proposal), several trips to London (along with a three day Carry On tour), two performances of RENT, meeting Anthony Rapp, numerous events, new people, new places. I’ve seen stunning lanterns lit up at night, attended a wedding at a zoo, photographed seals as they basked on the beach at Newburgh, eaten breakfast at the Cereal Killer Cafe, sweated my way through the Color Run, watched candy being made with a 3D printer, had a blissful hour in a floating spa, laughed at my friend as her boots fell apart after we watched The Rocky Horror stage show, made my own chocolate truffles, attended several wedding fayres, attempted my own professional cocktails, sang along from the audience with Postmodern Jukebox, had my living room decorated in phallic-shaped balloons, ate stunning malaysian food (cooked by Masterchef winner Ping Coombes) at Dewsall Court, admired the Christmas lights and window displays on Regent Street, bunny-sat on several occasions, and discovered that it is indeed possible to cry over a mug. Indeed, I wanted to list all of the people I wanted to thank, but I got a little worried I would miss someone out – but you know who you are… 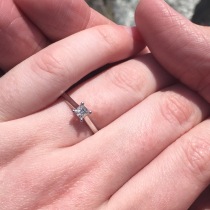 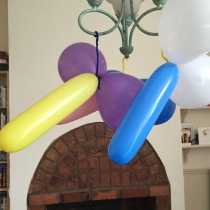 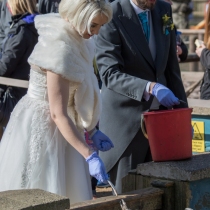 A wedding at the zoo! 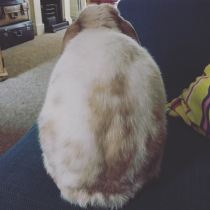 Paddy, the bunny who hates me 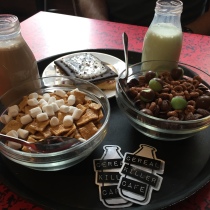 Breakfast at the Cereal Killer cafe 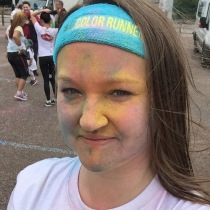 Looking gorgeous after the colour run 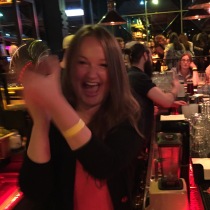 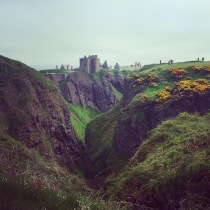 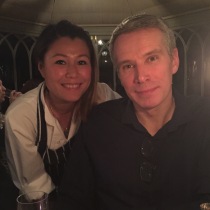 The Bloke and Ping Coombes 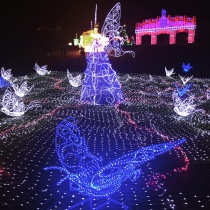 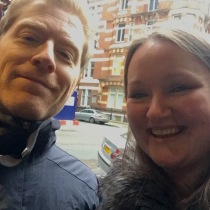 ME AND ANTHONY RAPP!

My career path has unexpectedly changed, with the addition of speaking at numerous workshops, a podcast interview with ThankBookFor.com and the creation of a Twitter course. The Bloggers Bash very generously awarded me with Best Overall Blog, and Suzie Speaks hit 700,000 views on Christmas Eve. My connections within the blogging world have gone from strength-to-strength: I got covered in rust on the swings with Steve in Aberdeen, ate authentic welsh chocolate and welcomed some Christmas ducks from Hugh, had a girly sleepover at Sacha’s with Sacha, Lucy and Helen, went to the pub with Shelley after she came to one of my workshops, and had a thoroughly lovely time with everyone at the bash. 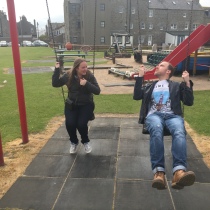 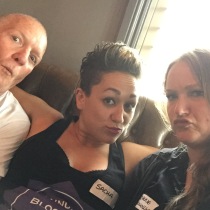 Hugh, Sacha and me 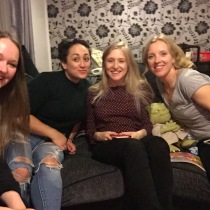 Me, Sacha, Lucy and Helen 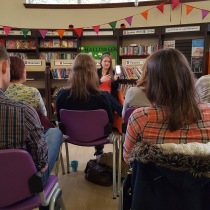 Speaking at the ThankBookFor.com event 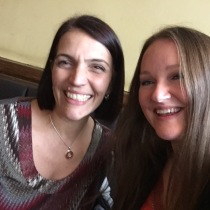 Me and the lovely Shelley 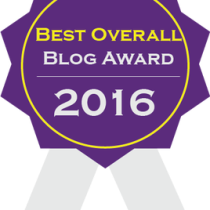 And The Bloke has been with me through it all. He’s been my personal therapist and confidante, my partner-in-crime, my travel companion, and above all he’s been my best friend. I’m looking forward to everything that 2017 has in store for us, and I know whatever comes our way, we’ll deal with it together…

Have an absolutely wonderful New Year. Thank you for all of your support over the last twelve months…