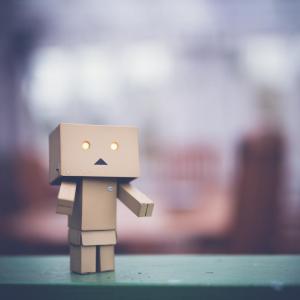 Those of you who follow the blog regularly will know that I travel via train fairly frequently. I’ve learned to be fairly savvy with it – I know that one of the biggest train and travel companies in particular will hike up their prices by as much as £100 for travel on the same day as booking, so making sure that tickets in advance are essential unless you want to take out a second mortgage just to pay for travel costs.

So, when they sent me an email informing them of their summer sale, with tickets on offer for £4.00 between Birmingham and London, I eagerly planned a day trip for The Bloke and I, feeling really pleased with myself for obtaining tickets for both of us for the grand total price of £16.00. Bargain.

That is, until I discovered that I’d gone and booked tickets for the opposite journeys that I wanted – I’d done London to Birmingham instead of the other way around. Idiot. Totally my fault, and I was irrationally super-angry with myself for not concentrating and making a rookie mistake.

Now, it’s only £16.00, but for the principle of it I set about getting a refund. After 5 phone calls during which I was waiting for a total of about 45 minutes and eventually resorting to Twitter because nobody answered the phone, I was informed that my tickets were non-refundable because they had been purchased in the sale. Not that this is made clear anywhere on the booking page in advance, but they got me with the fact that they had included this in their Terms and Conditions, at the bottom of a long list and buried in their website.

So, we have had to book another set of tickets, ultimately paying the same price that we would have done without the sale. I wouldn’t mind, as it was my mistake, but I am a bit cross at the fact they have made extra money from me and won’t give it back, which is always covered by the crappy Terms and Conditions. Hopefully, they can use my money (and I’m sure the money from other idiots like myself) into improving the service and getting the trains to actually be big enough to accommodate the amount of people that use them…

What about you guys? Have you ever made a mistake and then been screwed over by the Terms and Conditions?