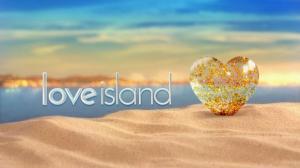 When it comes to ‘reality’ television, I lost a lot of interest in it years ago. I remember avidly watching Big Brother and X Factor for the first three seasons, I got into TOWIE and Made in Chelsea for a while, and watched a season or two of I’m a Celebrity, but other than that my only regular viewing has been of the Real Housewives franchise, and that’s mainly because there isn’t anything else on the TV at 5.00pm which is when it is generally shown on Freeview.

That is, until now…

Last week my sister and I went to watch Adele perform at Wembley. We shared a hotel room and on my sis’s insistence I was forced to watch Love Island, which I had successfully avoided until that point and had NEVER seen an episode of this season, nor any episodes from previous seasons.

It’s now a week later and I have seen every single episode since and I’ve even gone back and watched a few of the earlier episodes from the season. I now know their names and who they are coupled up with. It’s become a nightly obsession, and it is my sister’s fault. I’m annoyed at how vapid and false it is, and yet I just can’t. stop. watching it, even though it is essentially just a lot of physically beautiful people not doing anything but lie around in bikini’s and discuss relationships.

And bless him, The Bloke has adapted to the new TV routine… by going to bed early every night. However, on the plus side, he does so without complaining how sh*t it all is, which is certainly less vocal than he used to be about Made in Chelsea. Progress made, and another reason why I’m marrying him!

What about you guys? Are you addicted to a silly TV programme?