The allegations surrounding the predatory culture within Hollywood has once again highlighted the frequency and acceptance of sexual harassment and abuse, with a whole host of celebrities (both female and male) sharing their own personal and horrific experiences. Unfortunately, while the majority of the focus was initially directed towards a single person, it is not an uncommon nor new story and it’s something that takes place daily in every walk of life, prompting thousands to share their own stories, or simply respond with ‘Me too.’

Today’s post is an extremely personal one from Em Linthorpe. I have the upmost admiration for her courage to discuss such an experience, and I will leave the comments open below for you to respond with the courtesy and respect she deserves… 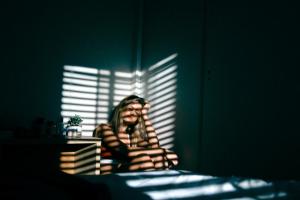 First I want to mention two bloggers who after reading their posts this week, inspired me to write about my experience with domestic violence.

Just Another Blog From a Woman

I’m Sick and So Are You

Thank you for giving me the strength to write this, friends.

I had been through a bit of a shitty time the previous year or so. I was living with my boyfriend who I adored and working in a really fun bar job. I was having the time of my life in my early twenties.

But then, cracks. The cracks started getting bigger, the boyfriend got itchy feet and wanderlust.

I was mugged walking home from a “can we patch this up?” meeting with him, as he had moved out of our shared home although we hadn’t properly split up. He then thought I was lying about being robbed to get attention from him. I wasn’t lying obviously, he apologised later but yes, it all went to shit. We split up and I broke down.

I moved back to live with my parents a short distance away, and I got a full time job in a high-end cafeteria there. A temporary new start while I regained my strength.

I can’t remember exactly how it started with Him.

I knew Him a little bit, He was a familiar face. He would sometimes drink in the bar I worked in. He was a well-respected musician locally.

I think we probably swapped numbers.

Within a month of dating, He had whisked me away on a week’s holiday to Budapest.

When we came back from that holiday, His house had been repossessed. The locks had been changed and a notice had been placed in the window. He said it must have been his meddling ex-girlfriend messing with things, and that He would get it sorted. Naive me believed Him. He had a very successful job, He was always flashing the cash. We had just been on a pretty pricy holiday. There must have been some mistake.

That was the first big lie. I learned too late that His life was just Him juggling multiple lies of all sizes to everybody He knew.

I can’t recall the first time He hit me, or how many times. The next year was a clusterfuck of arguments, mental and physical attacks, Him destroying or discarding my property, then buying me replacements and sweet-talking me back.

He once locked me in his house all day while He went to the pub.

One time He attacked me and dragged me down the stairs. I screamed out louder than I felt was normal because I hoped so hard that some neighbours would hear and call the police. No-one did though.

There were multiple occurrences of physical attacks, the majority of them behind His closed doors. I eventually decided to report him to the police, and He was charged with assault. My injuries were photographed, I was taken to a witness interview suite so video evidence could possibly be used in court.

Still, I went back. Each time I became more broken and vulnerable.

I spent much of the last couple of months with Him at His parents house. He had lost his job somewhere along the way and so couldn’t afford basic living costs. I don’t know exactly how or why he wasn’t working: we were apart one week and together the next. I was scared to ask Him anything in fear of another fight.

But I felt safer because His parents were around, not that they had any idea what was going on. My mind wandered sometimes to telling them, but I never did. This was as safe as I could be, in a fake world where none of the assaults had taken place.

I didn’t have a penny to my name, He never allowed me to work and I didn’t even have a home address at this point, I was floating between His address, His parents’ house and the sofa of a friend. I wasn’t in a suitable position to be employed.

I knew I could escape soon. It was always soon. But this time at the end was false on both sides. I had already reported Him to the police and the court case was pending. Yet He never mentioned it.

He was using this time at His parents’ house to get evidence for court that I must be a liar or mentally unwell, to collect witnesses that saw how happy we were together, photographs. Fuel for the fire that was the innocence He was so desperate to prove.

The peace eventually ended though and He attacked me again.

Again I left. Again I reported it. And again he called me up wanting to talk.

I agreed and met him in a cafe.

And after about 10 minutes of him apologising and begging me to drop the charges as it was destroying him inside, some fire inside me rose up and I was done.

Done with Him and done with the whole horrendous thing.

The tiniest little scrap of strength I had left came out in brute force.

I would never drop those charges because I had told the truth,

I walked away and I went to a pub that I felt safe in. He followed me across town and sat at the other end of the pub with a drink, near the door, and just stared at me.

I texted my Friend, who was at work and had been my hero throughout the whole thing and pretty much the only person who knew about everything that had been going on.

The Friend got an early finish, but I still had to wait for around an hour. Just before the Friend turned up, He approached me,

He threatened me (I can’t remember His exact words now, I know He threatened to destroy me, my friends and family if I didn’t drop the charges) and He then left.

And I was left a nervous wreck, one that needed to drink a hell of a lot of lager and vodka to calm down that evening.

That day got Him an witness intimidation charge on top of the most recent serious assault charge too.

He called me once more, leaving a long rambling drunken non-sensical message on the Friend’s answerphone.

And it then went blissfully quiet. After a year of hell, there was calm.

I was finally free, even though the fear of seeing him again hung around in the air for a long while afterwards.

Months passed. I had started all over again, with the help of some anti-depressants and the amazing and understanding Friend – I got myself a job and started officially renting his spare bedroom.

The court cases rolled around, first the magistrates court for the assaults, and then Crown court for the serious assault and the witness intimidation charges.

The magistrates found Him not guilty. The case lasted for around 6 horrendous hours. He lied through his teeth. I couldnt remember minute little details about whether or not I had been wearing my glasses at the moment His front door smashed into my face. The magistrates said they believed an assault had taken place, but that it didn’t meet the required legal standard of “beyond reasonable doubt”. So no justice was served that day.

And the Crown court? I arrived, the jury was selected. But I got no further than the witness waiting area because of a photograph He presented which I never saw. I couldn’t believe the crown court could be so fickle and not even listen to my side of the story. Yes, I would probably have been destroyed in there, but my barrister wouldn’t present the defence for me and for all women to whom He posed a threat because apparently “I would have been torn apart”. It was probably for my own good yet I was desperately disappointed. Plus I was tired, so very tired.

It was all finally over.

I remember thinking sometimes, when we were alone at the end, that He was going to kill me. By this point, I felt ashamed to tell anybody that I was with him again. No-one would have realised I was missing for days, weeks?

The truth of the matter was, He had made me believe that I was dependent on Him. That nobody else cared. That my family saw me as a burden and that my friends had disowned me.

I was lucky, I had a safe haven that I escaped to, and eventually I made the break.

That is why when I read other survivor’s stories, I understand completely why they didn’t just leave.

That’s why I know that if someone is found not guilty at court, it doesn’t necessarily mean they are innocent.

So I say, along with all women who have been groped, catcalled, undermined, gaslighted, attacked, assaulted and treated anything less than the humans they are – ME TOO.