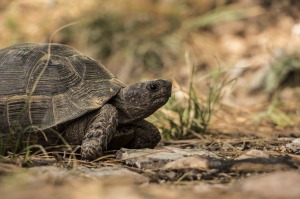 I was too busy telling Arnold how handsome he is to take a picture, but stick a pair of shades on this one and you get the idea…

I live in a street of terraced houses on both sides. The residents are a mixture of home-owners and renters, mainly comprising of young families, professionals and retirees. Generally (aside from my next-door neighbours who appear to be in training to become the next big DJ’s) it’s pretty quiet. We say hello, put the bins out for each other, take in each other’s packages, but aside from that we all pretty much keep ourselves to ourselves.

Today, The Bloke and I heard shouting outside. A man was pacing back and forth and banging on the doors and windows in front of a house across the road, getting more and more agitated when nobody would let him in and eventually he lost his temper. He kicked down a piece of the front wall down and launched it at the door with such force that it flew open, and then he ran away.

By this point, neighbours from all over the street had gone outside to see if the lady in the house was ok, including The Bloke, and I rang the police. Thankfully, she was unhurt, although visibly shaken and upset. The man was a troubled relative unfortunately. After everything had calmed down everyone went back to their own homes and despite feeling sorry for what our neighbour had been through that day it was so lovely that so many people came out to help and check on her welfare – the media shares so many horror stories every day that it was a great reminder of the good that exists every day.

A little while later, one of the neighbours knocked on our door to find out some details from the police report as they were going to ring them again. We invited her in and she immediately was greeted by our cat, who automatically assumes that any human presence in the house is fair game for a cuddle. She obliged willingly, and we talked about the numerous rescue animals that she owns, including a tortoise named Arnold. I said that I was particularly interested in meeting Arnold – I’ve never had to opportunity to meet a tortoise before.

Later that afternoon there was another knock at the door. I was greeted by Arnold, a rather handsome looking tortoise sitting quite casually in a fetching pink cart with wheels – he had just been on a little adventure to the park. I picked him up, tickled him under his chin (his favourite apparently) and we had a conversation about how pretty he is. Judging from his expression, he knew it too – Arnold is a tortoise with confidence.

Unfortunately, Arnold has a problem. He’s a drug addict – he was rescued from a house where marijuana was used constantly – and so he’s had to spend a little while on a detox, bless him. However, he’s doing well, and judging from his swagger and his stylish ride (I mean, who could resist a pink cart?) I’m sure he will have no problem with making lots of friends in the future.

Not something I expected to be writing today, but awesome all the same…

22 thoughts on “The Kindness of Neighbours and Arnold, the Pot-Head Rescue Tortoise”