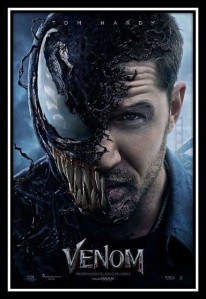 I’ve heard quite a few positive things about the new Odeon Luxe Cinemas that have been opening all around the country, so it was a nice surprise when I was invited to watch the new Venom film on the premiere day at the Odeon Luxe Broadway Plaza with Westside BID. I was away from home last week, so The Bloke was more than happy to take my place instead. Here’s what he thought:

We’ve visited the Odeon at Birmingham Broadway Plaza on numerous occasions and had rather mixed experiences depending on the film, screen and showing times. I was interested to see how the new ‘Luxe’ refurbishments would make a difference to the quality of the cinema experience.

I was impressed with the new, modern facelift throughout, feeling like I was walking onto the set of a Star Trek movie with the cool, neon blue lighting and patterned panelling in the corporate colours. It was clean and the layout was well-structured with seating areas both at the entrance doors and closer to the concession stand, which had also been updated. There were options of self-service and a few staff for concession items. Tickets can now be obtained from the self-service machines, manned by a member of staff to help with enquiries and to hand out 3D glasses. The upper floor also mirrors the updated decor, with the upper bar being replaced by comfortable seating sections and a more open space to allow people to mingle while they are waiting to go into the screens. The only slight concern is the fact that I tried to contact someone at the cinema prior to the showing with a question that could not be answered by the website, and there was no physical way of being able to speak to  anybody. While this is the age of technology, the human element of public entertainment needs to be remembered. 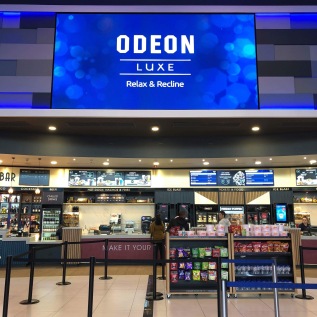 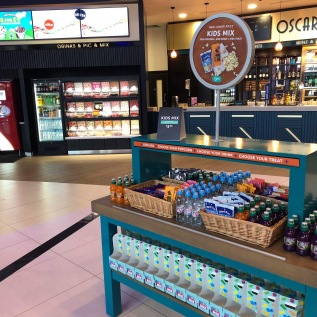 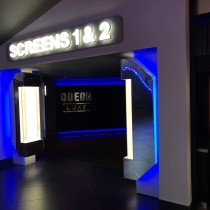 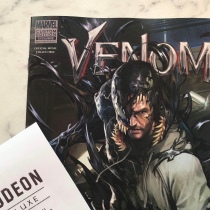 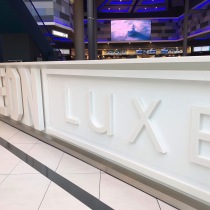 I was shown to Screen 7 to watch the movie, and was seated in Row F. All of the screens now have reclining seats – something which we have never experienced before in a cinema – and these are controlled by an electronic switch to allow for adjustment. The seats are comfortable, spacious and well-padded. The row that I was on sported a twin seating option for couples, but the placement of the seats hadn’t been particularly well thought out – being positioned behind a balcony which would obstruct the view if the seats were reclined. The screen was clear and vibrant with a body-shaking surround sound audio.

I’m a huge Marvel fan and was looking forward to Tom Hardy’s portrayal of a role that I loved since the comic obsession of my youth. Venom is, of course, the villain connected to Spider-Man and I’ve always felt that he has generally been given an unfair portrayal in previous (and rather poor) movies.

I was far from disappointed. Granted, I found it to be slow at the start while the story building took place, but I liked the interaction and the conflict between Eddie Brock and Venom, I loved the dry humour and laugh out loud moments, the special effects were spectacular and the fight scenes had me on the edge of my (reclining) seat. Without giving any spoilers, Spider-Man enthusiasts should stay to the end of the credits for an additional treat!

I was rather surprised to see the negative reaction to the film by a number of critics and felt that perhaps the movie had been misunderstood. Ignore the critics, go and see Venom asap – you won’t be disappointed!

You can find the Birmingham Broadway Plaza site here, and thank you to Westside BID for the invitation!

Disclaimer: I was offered a complimentary ticket and concessions to see the movie,  it was under no obligation to give a positive review of the cinema nor the film.

10 thoughts on “Venom at the Odeon Luxe Broadway Plaza, Birmingham”