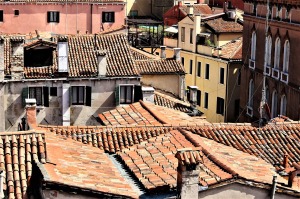 I live in a row of terraced houses in a suburb of Birmingham with a set of neighbours on each side in the connecting properties. We’ve lived in this particular house for about 3 1/2 years, and while the residents have changed numerous times in the house to the left (which is a rental property like ours), the ones to the right have always been a nice couple that we’ve had a good relationship with.

The biggest problem with terraced housing is that the walls are often paper thin, meaning that even a basic conversation can be heard next door. A year ago I had a little rant about how noisy the new neighbours were – from the evening they moved in the music was cranked up and the parties started, but after having a conversation with one of the tenants he appeared with a bunch of flowers, an apology and his phone number with the instruction to text if they were being too loud.

Despite this, it didn’t make much difference. For almost a year we dealt with daily music, singing, shouting and parties going well into the early hours of the morning, and despite the fact that they were lovely people to talk to, the numerous texts and even The Bloke going round to ask them to be quiet only resulted in a few hours of peace – it was always the same wall-shaking volume the following day. However, when we saw a ‘To Let’ sign going up it was a mixture of apprehension and relief – we were glad that they boys were going but there were concerns about who would replace them, and we made the decision that we would move if was going to be equally as bad.

The couple on the other side, however, are lovely people and have experienced a similar journey to ours in the time we have been neighbours. When we first moved in, they had just moved in together as a couple. Since then, they have got engaged, married and had two kids and we have got engaged and married, and they’ve always been nice to stop and talk to about our various plans for the future. We’ve sometimes not seen them for weeks at a time but have always been sociable – we’ve been to the pub with them, acted as witnesses when they have signed legal documents, they have sometimes looked after our cat when we have been away, we’ve borrowed DVD’s from each other, shared our wedding plans and pics with each other etc…

Imagine our dismay when they told us they were looking to move. With the hassle we’ve had from the other side over the last year I was rather selfishly hoping that they would change their minds (although I knew that this wasn’t possible as they needed more space for their growing family). The For Sale sign went up, they sold the house quite quickly and we found out that we would be getting new neighbours at the end of October, which was at the same time that the new tenants would be moving in on the other side.

Of course, my brain immediately went into overdrive. What if we ended up with parties and music on both sides? Could I cope with moving house again?

I don’t deal with change well.

The new tenants – two girls – moved in about a week ago… and we haven’t heard a thing. I had a quick chat in passing with one of them when I was going food shopping and she was lovely. And friendly. And they’re quiet!

The new neighbours on the other side – a young couple in their thirties – moved in yesterday, and they’re equally as nice, friendly and quiet.

So, it’s a brilliant start and all change as we are moving towards 2019.

I’ll miss my old neighbours, but I’ve been reminded (again) that I need to chill out and try and stop worrying about every possible negative situation before anything actually takes place.

Perhaps change is not always a bad thing…

35 thoughts on “All Change”