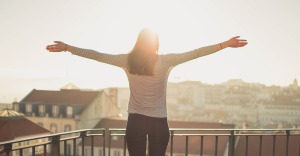 Ever had one of those enormously frustrating days where absolutely nothing goes as it should?

After waiting for nearly six weeks, I attended a very disappointing appointment yesterday. I had been almost looking forward to it in the hope that it would bring a resolution to an ongoing medical issue that I’ve been having, only to be called ‘darling,’ talked at for five minutes and then be told that what I needed should have been done by the person who referred me six weeks ago, which she hasn’t been able to do because of the condition that has warranted the referral in the first place. I left, and upon attempting to ring (and failing) to contact the original person who referred me, I physically turned up to speak to them, only to be told to ring the following morning for an appointment. This was followed by an attempt to contact a complaints service who told me they couldn’t help without listening to what my complaint was, another phone call to a different complaints service who stated that the original complaints service were the people to contact, with instructions that if they ignored me a second time I was to ring the second place back again and then THEY would ring them. I eventually achieved a minor success with the first complaints service after threatening them with a phone call from the second service if they ignored me again, and after taking down a note of my complaint they told me to ring the place I had the appointment at yesterday morning, which resulted in switchboard sending me to the wrong department twice and cutting me off once. Just over six hours after my appointment, I received a return phone call in response to my complaint, upon which I was told that nothing can be resolved until I book an appointment at the original place and get the tests that I needed.

Confused? So was I.

Twelve phone calls, four different services, a whole bunch of stress (and a few tears) later, I found myself no further on than I was at the beginning of January, I took the day off work for nothing and was beyond furious.

Suffice to say, I was feeling a bit low this morning. However, I managed to get an early morning appointment and as I was walking down the street I passed a man who was putting his rubbish in the bin outside of his house. He smiled and said ‘Good morning neighbour, hope you have a great day.’ My inner cynic checked for sarcasm, but he actually seemed to be quite genuine. I smiled back and said ‘you too, lovely’ and he said ‘thanks! It’s a beautiful day!’

After the frustrating events of yesterday I was feeling low and struggling a bit this morning, but that single message from a complete stranger immediately cheered me up.

How lovely it would be if everyone did that for someone else regularly, and how sad that I had to question and analyse before I accepted a genuine comment…

27 thoughts on “Have a Great Day, Neighbour!”