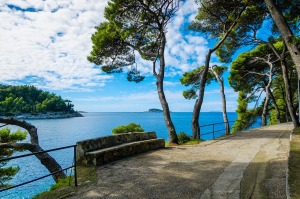 This morning I was setting up my trackers for my client social media and freelance work for the month and it suddenly occurred to me that it was June. How on earth is it June already? It seems like five minutes ago that The Bloke and I were indulging in our New Years Eve snacky treats and singing Auld Lang Syne while we linked arms with the (rather disgruntled) cat.

The last five months have been really busy: I’ve gained several new freelance opportunities which I’m thoroughly enjoying, we’ve been on a number of day trips to interesting places, got up at 5.30am for each episode of Game of Thrones, watched Hugh Jackman on stage, musical theatre shows, plays and films, interviewed Marco Pierre White and generally had an awesome time. June also promises to be equally as great, with the fifth Annual Bloggers Bash (during which we are making a long weekend of it and being tourists for a few days).

I’m also going to Dubrovnik this week, which is really exciting. It isn’t a holiday with The Bloke, but instead is a girly holiday with a few writer friends, and the first time time I’ve been away without The Bloke since 2011, which is a little weird. It began as a random conversation about places we want to see and the need for a beach, pool and a bar, and by the end of the day we were booked in to a nice apartment for almost nothing thanks to booking.com and planning a Game of Thrones tour.

Here’s to a few days of sun, sights, doing very little and yelling ‘YOU KNOW NUTHING JON SNOOOO’ in my best Yorkshire accent at every opportunity. Be prepared for pictures. Lots of pictures.