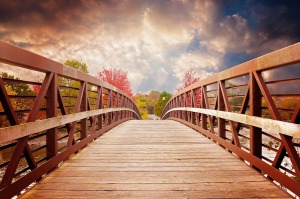 I started October feeling particularly fired up and excited for the month ahead. I was on it – there were post ideas, graphics to create, social media posts to put up… I was going to work hard and was determined that I would finish the month better than I had started.

It turns out, October clearly had other plans…

For the first two weeks I had to go into Birmingham every weekday. After the fortnight was over it was extended into a third, and as I wasn’t getting the chance to do any work during the day I had to do it in the evening instead. It rained heavily almost every single day, and consequently when everything was over my body did exactly what it used to do at the beginning of every holiday when I was teaching – it shut down and I developed a nasty head cold and mild flu which left me lying on the couch and feeling rather sorry for myself for almost the entirety of the following week. During this week it was The Bloke’s birthday, so he had a rather boring day of building his Lego that I had bought him (the Harry Potter Great Hall) while bringing me lots of orange juice and paracetamol. It was a slightly different day to his birthday last year, when we went and fed giraffes and then visited the actual Harry Potter Great Hall at the Warner Bros Studio tour in London.

As I was starting to feel better I treated myself to some chunky chips for dinner, and suddenly felt a crunch as I bit down. Out of nowhere, a huge portion of one of my molars had fallen out. I’ve never had any problems with my teeth, so this worried me. A day later, on our wedding anniversary, one of The Bloke’s teeth did exactly the same, and that evening we both were wearing gum guards as we went to bed. I couldn’t help but laugh – I often see romantic social media posts from couples who go to beautiful places and gaze lovingly at each other, while we were dribbling into our gum guards as our old and rather smelly cat sat outside the bedroom door singing the songs of his ancestors.

It’s a good job I’m not trying to impress him.

Thankfully, there’s not too much damage and the anticipated expensive dentist appointment actually turned out to be not too bad – I need a simple filling and there’s no issues with my gums or any of my other teeth.

The month finished by applying for an exciting opportunity, which I didn’t get.

However, it hasn’t been all bad. I’ve been able to get back into aerobics (which I missed terribly during the point that I was ill), I met up with my friend and we went to the Kitty Cafe in Birmingham, I had lunch with the lovely Shelley Wilson and I went to an art class and learned how to create abstract pieces of artwork from photographs which was really interesting. I’ve still got some catching up to do, but November already is starting to be 100% better than last month was…