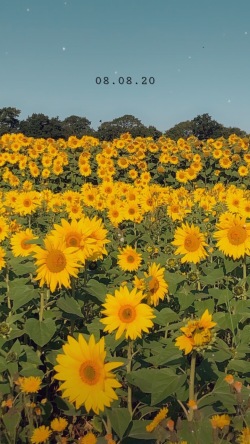 I love Sunday mornings, particularly when the sun is out after several weeks of torrential rain. It’s hard to believe that September is only a few days away – it seems barely ten years ago that we were starting August…

Sundays are often my most reflective, and looking back it has been a long rollercoaster of a month.

Over July I posted every single day for a Gratitude Challenge… and then promptly burnt myself out. It was fairly inevitable at the time – my work schedule was crazy, lots of places were still under lockdown and I barely left the house, and while I never mind my own company (preferring more of an introverted lifestyle), I think staying indoors was beginning to get to me.

Consequently, when things started to relax a little and open up again in August, The Bloke and I took advantage of the beautiful weather and started to venture out to places that we knew we could socially distance. We have taken little trips, visiting the sunflower field at Beckett’s Farm, travelling into Birmingham city centre really early in the day for the first time in several months (where I treated myself to a bubble tea from Bubbleology) and eating lunch at Tamu Cafe one Saturday before it started to get busy. I have also indulged in various snacky treats that perhaps I didn’t need, but totally wanted – ordering doughnuts from Project Doughnut, cronuts and cruffins from Why Not Coffee and the best Chinese in Birmingham from Chung Ying. There are multiple blog posts waiting to be written about some of these, which I will share at a later date. 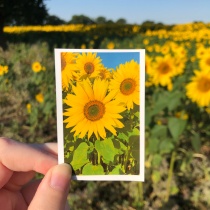 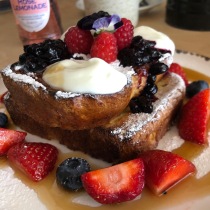 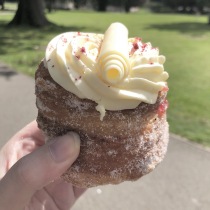 Cronut at Why Not Coffee

The break from the blog and the admin that goes with it, combined with an exciting opportunity that appeared over August has given me a chance to reassess, and I have been able to work out how I can cut down and go back to a more balanced lifestyle. I’m certainly not complaining about having a workload – I’m grateful every day for the fact that I haven’t been one of the hundreds of thousands of others who have lost their jobs – and I love what I do, but this year has shown more than ever the fragility and unpredictability of life, and I want to get out there and experience more of it.

The daily news has been primarily confusing and distressing to the point of almost becoming desensitised to a lot of it, but I was completely blindsided by the sudden announcement of the passing of Chadwick Boseman yesterday. It’s always sad to hear news like that, but sometimes there is that one that really kicks you in the gut, especially when it was revealed that he had been dealing with his illness for a long time and had continued to film, campaign and makes the lives of others better in between surgeries and chemo. It is impossible to imagine the mental and physical strength he must have had to keep going and still remain a beautiful person, as is evident in all the messages of everyone who knew him. The world feels just that little bit different.

What about you guys? What were your highlights from August?

16 thoughts on “Sunflowers, Sunday and September”