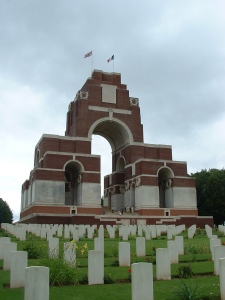 Thiepval Memorial to the Missing. Image from Wikipedia

During the summer in 2011 I decided that I would try and trace my family history. With almost no information on my mother’s side (mainly due to the fact that my grandfather discovered at a young age that the couple who had brought him up weren’t his biological parents) it seemed a daunting task, but after obtaining his birth certificate I managed to trace his birth mother with http://www.ancestry.com and from there was able to build an entire family tree and even speak to living relatives in the same area that my mother still resides in. It was a fascinating journey – especially when I contacted my great-grandmother’s family with information about my grandfather who they knew nothing about, but accepted immediately once they had seen the striking physical resemblance in photographs that I sent. END_OF_DOCUMENT_TOKEN_TO_BE_REPLACED