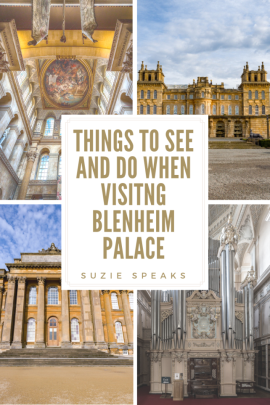 The Bloke and I decided to spontaneously go out on a day trip the other day – we’ve both been feeling a little low and have cabin fever from being in the house for an extended period of time, so we both took the day off and went to Blenheim Palace. As you do. It is something that has been on my UK bucket list for a while, the weather was fairly reasonable and surprisingly, it’s only a 90 minute drive away from Birmingham.

Most famously known as being the birthplace of Winston Churchill, Blenheim Palace is the principal residence of the Duke of Marlborough and the only non-royal country house in England that holds the title of ‘palace.’ Built between 1705 and 1722, it was a gift to John Churchill – the 1st Duke of Marlborough – by Queen Anne in thanks for his victory at the Battle of Blenheim in 1704, and was designated as a UNESCO World Heritage Site in 1987.  END_OF_DOCUMENT_TOKEN_TO_BE_REPLACED