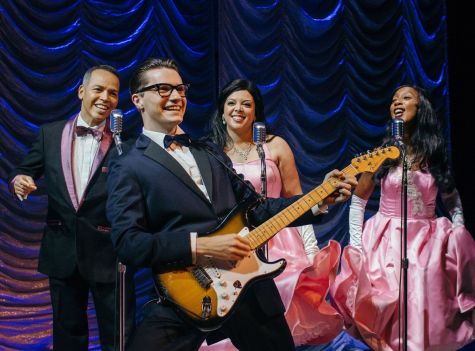 Last night The Bloke and I were invited to the Press Night of Buddy at the Alexandra Theatre.

Telling the story of the Texas-born rock and roll legend Buddy Holly from his meteoric rise to fame before his tragic death at the age of 22, Buddy has become known as ‘The World’s Most Successful Rock & Roll Musical,’ celebrating it’s 30th anniversary year with a 2019 – 2020 tour. Seen by over 22 million music fans since it opened in London’s West End in 1989, the show has has enjoyed extraordinary success, having played a record- breaking 4450 performances over 556 weeks on tour in the UK and Ireland, as well as 5822 performances over 728 weeks in London’s West End, winning numerous awards along the way. END_OF_DOCUMENT_TOKEN_TO_BE_REPLACED