This month’s NaBloPoMo is all about examining the past, present and future, and I like the idea. I’ve been doing a lot of self-reflection over the last six months and I find it useful to reminisce occasionally – it often serves as a reminder as to how far I have come.

Yesterday’s post about my stuffed toy elephant, while it wasn’t planned, seems to tie in with today’s theme of childhood toys.

As an adult I’m a sucker for all things cute and fluffy – cuddly toys being no exception. However, as a child of the 80’s I was obsessed with cartoons and the action figures that came with it. It was predominantly a female household – my father being completely outnumbered by mum, my two sisters and I, but toys were never gender specific for us. He-Man, She-Ra and Thundercat figures adorned my bedroom, along with the She-Ra ‘Princess of Power’ Palace and Lion’O’s large plastic ‘Sword of Omens,’ complete with a central circle that lit up when you pressed a button on the handle. Combined with my epic fairy wings and an Inspector Gadget watch that I got as part of a McDonalds Happy Meal (I always wanted to be Penny and was regularly disappointed that our Beagle, Patch, didn’t possess the skills that Brains had), I was an unstoppable force of awesomeness that saved the world regularly. Indeed, my mother still reminds me of the times she walked past my room to find me saying ‘And then Skeletor had an idea…’ I’m not entirely sure what his idea was – I have no recollection of it – but he was certainly a crafty so-and-so.

However, despite being thoroughly spoilt throughout my childhood, there was one toy that I always wanted: a porcelain doll. I had plenty of dolls already – ones that talked, wet themselves, others that came with makeup so I could paint their face – but porcelain dolls were in a different league. I thought they were pretty, with beautiful delicate faces and curly hair. I loved their little dresses and matching hats. My friend has several, and I always remember the jealousy that ensued whenever I went to her house, particularly as I wasn’t allowed to touch them.

In preparation for this post, I googled ‘porcelain doll’ to remind myself of what it was that appealed to me. I now know why my mother never bought me one..

With their soulless eyes, deathly pale skin and blank expressions, I can imagine that deep in their little petticoats they are hiding weapons of mass destruction to use when they take over the world. I can only imagine the nightmares that would have followed should I have had little Pollyanna staring at me from the top of my bookcase.

Within my first few weeks of arriving at university it was decided that we would go out in fancy dress, just for the fun of it. There was only one choice for me – She-Ra, Princess of Power. I bought and fashioned a cheap white dress, found a gold belt, created arm sleeves from the legs of gold shiny leggings and then made a red cloak from fabric bought from the local market. I found a tiara from a fancy dress shop, but it pinched my face so tightly that my forehead almost covered my eyes and I decided to leave it out. It gave me as much satisfaction at 20 years old as it would have done thirteen years before – for those few hours I brought back some brilliant memories from my childhood. Granted, I may have been a beer drinking, chain smoking version of my idol, but I’m sure even She – Ra indulged in a pint from time to time.

Like lots of children born in the 80’s, I looked up to her – she was the ultimate  icon for my seven year old self. She was a fighter – a member of the rebellion who sought to overthrow the evil Hordak and his army in Etheria, and she did it with style. She could heal the sick, communicate with animals and kick ass, and she managed to do it all with perfect hair and make-up in tact whilst brandishing a magical sword and flying atop her magical unicorn, Swift Wind.

Unlike many cartoons of the same era, She-Ra was female focused (you only have to examine The Smurfs to see what I’m talking about here). Instead of the being the ‘token’ woman in the show, she was the leader of a whole army of strong, equally leggy and fabulous woman. An earlier, more flamboyant Spice Girls, if you will, without the autotune.

She maintained her femininity while being as strong, if not stronger than her male counterparts. Instead of being the ‘damsel in distress,’ She-Ra frequently rescued her male friends – in particular the moustache sporting Bow, who was clearly still in the closet. She was smart and independent, held her own with any male character and did so without wearing pants.

She-Ra might have lived in the Princess of Power Palace, but she certainly didn’t sit in it’s walls and wait for a handsome prince to rescue her. (However, as a side note, the gas and electricity bills can’t have been cheap, although I doubt that Whispering Woods and the surrounding areas had a council tax band rating. Her Sword of Protection also allowed her to keep in contact with her brother, He-Man, thus saving on an enormous phone bill, so there were at least some benefits).

There were also a few perks that clearly came with the job. Her transformation, complete with more lights, fireworks and wind machines than a Beyonce concert, left her with brushable hair extensions, a gold tiara and bright red lipstick. For free. I was also jealous of her ability to communicate with animals. Although I can usually guess how my cats are feeling by the ‘stop poking me and go away’ expressions on their faces, it would be quite amusing to find out exactly what they’re thinking.

At the end of each episode there would be the message, or the moral of the story, that told us why it was important to love each other, look after each other and respect the environment around us. I don’t see that very much in cartoons anymore. Certainly not in ones where women kick ass in hot pants…

Suck on that, Dora.

After reading an interview with British comedian Sarah Millican (she’s fabulous, check her out @SarahMillican75) in which she discussed things from childhood that she missed being able to do, I thought that I would compile a list of my own.

1. During hot summer days, putting on a swimming costume and sitting in a paddling pool in the back garden. My neighbours would think that I’m a little strange if I did this now…

2. Making my own radio broadcasts. I had an old tape recorder that had a microphone and I would record myself interviewing famous people. I would then tape the Top 40 songs from the Singles Chart, stopping it before the DJ started to speak over it.

3. Being able to innocently read this (one of my favourite childhood books) without sniggering to myself.

4. Watching episodes of Saved By The Bell during the holidays, and arguing with my sisters as to who Zack would ask out first. 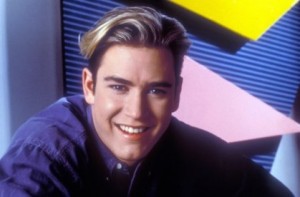 5. Fastening my coat around my neck to resemble a cape and running around the playground.

6. Being able to do a cartwheel and a somersault. If I were to attempt these now I would need to be placed in traction afterwards.

7. Being able to watch He-Man without questioning his sexuality (not that it matters, I’m just distracted now by Adam’s pink tights).

8. Playing sports for an entire day without the fear that every muscle in my body will shrivel up and die the next day in protest.

9. My mother’s Sunday roast dinners. Mine are pretty awesome, but they still don’t compare.

10. Eating the greatest chocolate bar of all time: Cadbury’s Secret. Chocolate marshmallow wrapped in strands of chocolate. I miss them.

11. Playing Sonic the Hedgehog on the Sega Mega Drive. It’s the only computer game I’ve ever completed.

12. Getting photographs back from the processing store after excitedly waiting for several hours and being delighted with the results, even though my fingers were in most of the pictures.

What about you guys? Is there anything that you miss doing from your childhood?