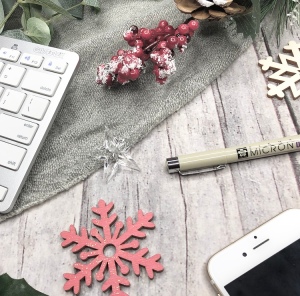 Christmas Day is nearly upon us and I’ve just about reached the point where I think that everything is now done. It’s completely different to this time a year ago – I was so excited about our first Christmas together as husband and wife that I had planned and organised the whole thing weeks in advance – whereas this year we managed to get the cards sent out and the food bought just a few days ago. Perhaps it’s my mindset – I hadn’t been feeling the Christmassy vibe over December so most things were left until the last minute. Thankfully, when the cupboards had been stocked, the cards and presents sent and I had turned on the fairy lights, lit the candles and curled up on the couch with The Bloke it (thankfully) started to feel a little more festive.  END_OF_DOCUMENT_TOKEN_TO_BE_REPLACED 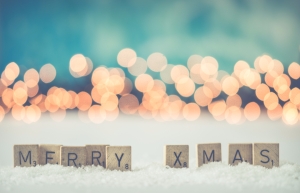 It’s Christmas Eve, and it’s already been a day of firsts…

It’s the first time I’ve not had to travel, the first time woken up in my own home on Christmas Eve, it’s the first Christmas with The Bloke as a married couple, and I realised the other day that this was the first year that I’ve not had to organise, participate in or watch a Christmas concert or assembly since I was about eight years old… Admittedly it’s an odd feeling not to be waking up at my mum’s house with some sort of awful soap opera on the TV and two excited doggies jumping on me while I try to put various Christmas themed hats on them. END_OF_DOCUMENT_TOKEN_TO_BE_REPLACED 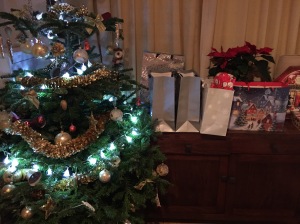 It’s funny how little traditions unintentionally build up over the years. I’m sitting in my jammies, waiting for mum to get back with the Chinese take-away. We’ve got a selection of cheeses ready for later, accompanying the extremely cheesy film ‘Babycakes’ starring Ricki Lake – a film that we watch every year. The presents are wrapped and placed on the sideboard (due to the dogs always taking an interest in them). It’s just me and mum – my sisters haven’t spent Christmas Eve with us in a long time, and it’s quiet. I realised that this is the same routine we’ve re-enacted every single year, and I wouldn’t have it any other way (although I wouldn’t say no to a lottery win…) END_OF_DOCUMENT_TOKEN_TO_BE_REPLACED

It’s been a lazy Christmas Eve so far at the Suzie household. Mum and I woke and had a nice breakfast, followed by half a box of chocolates, I’ve had plenty of doggy snuggles and I’ve watched lots of pointless television whilst relaxing in my jammies and under a duvet on the couch.

During a moment of boredom I remembered that I had brought up a sequin covered Santa hat, and have been torturing the dog with it ever since. After initial indignation, Max eventually gave up and went to sleep. The resulting pictures were hilarious (for me, at least).

I’m not sure how much I’ll be able to visit the blog over the next few days, but I hope that wherever you are and whatever you’re doing, you’re happy and peaceful. May you have a lovely holiday season, filled with joy, laughter and cheer.