It’s that time of year again, and after watching both semi-finals I’m excited about the Eurovision Song Contest final tonight!

In celebration, I’ve teamed up with Steve from Talk About Pop Music and Hugh from Hugh’s Views and News to offer my predictions for tonight. We’ve done our lists seperately and have awarded points in the manner used in the competition and after the results have been revealed we’ll get together and see who has got the most right. I’ve been torn between listing my favourites and the ones I think are actually going to do well, so I’ve created a mixture of both…

From the team of Suzie and The Bloke, here are our predictions and our votes for tonight…

3 points go to… Aminata: Love Injected (Latvia) (i don’t actually like this song but tactical voting will mean it will do quite well I think)

4 points go to… Voltaj: All Over Again (Romania)

5 points go to… John Karayiannis: One Thing I Should Have Done (Cyprus)

6 points go to… Polina Gagarina: A Million Voices (Russia) (Note: this will depend on whether Europe still hates Russia or not) 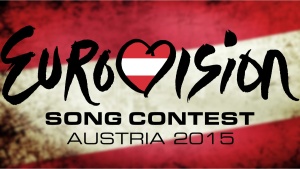 Every year, there are three things that I desperately look forward to. The end of the academic year (ie. the start of the summer holidays), Christmas Eve and, of course, Eurovision.

To those on the outside looking in, The Eurovision Song Contest must look like a large group of aliens have landed, taken lots of LSD and decided to create a performance out of the results. The premise is simple – countries from Europe (or Europe-ish, or Australasia in this year’s case) are represented by a song, and the other countries vote for them using a point system, interspersed with poorly crafted jokes from presenters in often ill-conceived dresses. The winning country gets to host the contest the following year. In recent times, there have been two televised semi-finals on the week of the event, with the top ten from each participating in the final on the Saturday night. They are joined by the ‘Big Five’ – United Kingdom, France, Spain, Germany and Italy (we all pay to go straight to the final) and this year they will be joined by the hosts, Austria, and Australia (that well-known European country) who have been invited to participate as part of the 60th anniversary of the event.

Every year The Bloke and I have our own private Eurovision party – we stock up on snacky treats, create a mini-buffet for ourselves and we enjoy the utter madness that unfolds before our eyes on the television. Over recent years we’ve witnessed a number of weird and wonderful performances – a man in a hamster wheel, Russian grannies, pirates, Dustin the Turkey, a beautiful bearded man in a dress, and of course, Jedward (twice) and we laugh at the blatant biased voting and political allegiances. It’s a brilliant way to spend an evening. However, it isn’t all gimmick and silliness – it’s a showcase of some of the most spectacular voices and talented singers around the continent, and every so often I will fall in love with one of the songs and listen to it repeatedly. Even now, one of my most popular songs on my all-time playlist is Marco Mengoni’s ‘L’essenziale,’ Italy’s entry from the 2013 contest. Admittedly, I haven’t a clue what he is singing about (he could be declaring his love for macaroni cheese or a ham sandwich for all I know), but it’s a truly beautiful song, delivered by an equally beautiful voice.

Last night was the first of the semi-finals and I already had an idea of some of the songs available, mainly due to the fact that one of my favourite bloggers, Steve from Talk About Pop Music hasn’t actually stopped talking about it since the 2014 contest ended, but I was looking forward to admiring the staging (which gets more spectacular every year) and the presentation of each song.

There were some really interesting performances – I particularly liked the Russian entry ‘A Million Voices’ sung by Polina Gagarina (who looked absolutely stunning and must have been tit-taped to within an inch of her life in her very low-cut white dress, and my favourite of the evening was Serbia’s entry ‘Beauty Never Lies,’ that was sung by Bojana Stamenov and composed by the same person who had written last year’s winning song. Hungary’s entry, ‘Wars For Nothing,’ sung by Boggie also had a beautiful message (despite her unfortunate name) and I warmed to Romania’s entry, Voltaj, after I got past the fact that the lead singer reminded me of Ming The Merciless from Flash Gordon. There were Geordie impersonators from The Netherlands (wayyyaaayyaa man!), the shortest ever song from Finland, who were represented by Pertti Kurikan Nimipäivät, where all of the members have learning difficulties (brave move and nice to see, but I think that the Eurovision community were very much divided about it), and ‘Anti Social Media,’ a band from Denmark who had clearly spent their time listening to early McFly tracks.

Oh, and this… from Moldova. Well, that’s just showing off (although I’m sure I could do that after a pint or ten)…

However, I also had the chance to hear Australia’s entry, and I already have my new song crush…

Roll on the second semi-final!

What about you guys? Did you watch the semi-finals? Have you got a favourite?