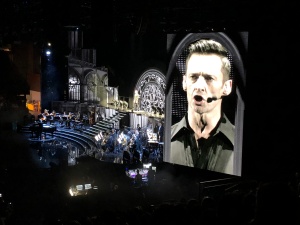 Last night The Bloke and I went to see Hugh Jackman in concert at the Resorts World Arena in Birmingham.

While he’s most famous for his role as Wolverine in the X-Men film franchise and Barnum in The Greatest Showman, his career was built by performing in various musical theatre shows and his world tour entitled ‘The Man. The Music. The Shows’ takes the audience through his life and influences as a performer.

It’s something I have been looking forward to since The Bloke surprised me with tickets a few months ago – I’m obsessed with The Greatest Showman and when we were in New York last year we missed him by about half an hour at the coffee shop that he owns, so I couldn’t wait to be in the same space as someone who has achieved so much and still, by all accounts, remains a down-to-earth nice guy who adores his family.  END_OF_DOCUMENT_TOKEN_TO_BE_REPLACED

In 1996 I went to a Party in the Park festival with some of my friends. At the tender age of 15 I was generally a stadium rock and Brit Pop enthusiast and had started to go to concerts – my first being Bon Jovi, supported by Van Halen and Thunder at Cardiff Arms Park for the These Day’s tour in 1995, followed by Blur at the GMEX. Despite my general rock persuasions, I also had a perhaps stereotypical penchant for boy bands and teen-focused male singers. Take That tickets had always been impossible to get and they were on the verge of splitting up, so when I saw that Peter Andre would be performing I jumped at the chance to see him.

I remember it being a beautiful day, and I was looking forward to singing along to Mysterious Girl and screaming about how gorgeous he was. Unfortunately, when we arrived there was an announcement that he wouldn’t be attending that day as he was ill, along with a voice message from him apologising to fans. I was gutted.  END_OF_DOCUMENT_TOKEN_TO_BE_REPLACED 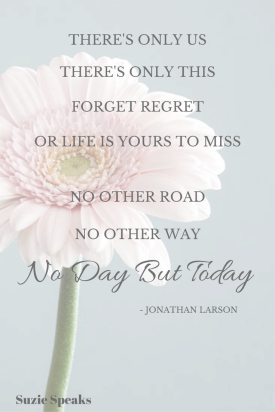 Those who follow the blog regularly will know that I love a good musical. I’ve been lucky enough to see a number of musicals performed in theatres both locally in Birmingham, in Manchester, on the West End in London and even on Broadway over the last decade. However, there’s one musical in particular that is my favourite above all the others, that I know inside out and will watch over and over while feeling like I’ve been reunited with a group of friends every time I do…

The Bloke and I are in London to celebrate The Bloke’s 50th birthday. We’re staying in an awesome apartment and have had a whole bunch of things on the itinerary for the last few days.

Last night we went to see Wicked for the first time. It has been something that we have both wanted to watch, and I have always been jealous of the fact that I never got to see the Kristin Chenoweth and Idina Menzel partnership. Whenever we have come to London and wanted to see a show it has always seemed to either be sold out or too expensive and we have ended up going to watch something else instead. However, this time at least, as if the stars had aligned, we were able to get reasonably priced tickets in great seats, and I had been looking forward to it. END_OF_DOCUMENT_TOKEN_TO_BE_REPLACED 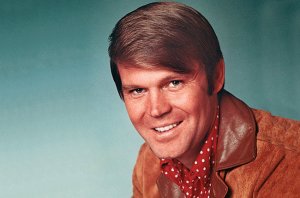 Glen’s music has been prominent within my life since I was a child. My mother has been a lifelong fan (and a UK groupie in the 1970’s) and it wasn’t uncommon for our weekend activities to be accompanied by his albums blasting through our speakers at home. As children, my sisters and I hated it, considering it to be old and boring in comparison to the latest Stock, Aitkin and Waterman artists that were dominating the charts in the late 1980’s. At the time I had no idea of his endless musical accomplishments and success – a member of The Wrecking Crew, 70 albums, 45 million records sold and endless amounts of awards – he was responsible for some of the greatest songs ever made… END_OF_DOCUMENT_TOKEN_TO_BE_REPLACED 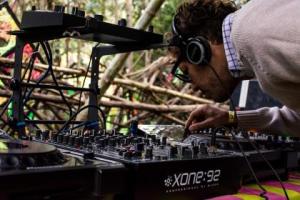 The final stage of the official, legally binding wedding paperwork was the return of the requested readings and music list so the full Order of Ceremony can be created. We were required to give details on all of the music that we were planning to use – as it is a civil ceremony there is no sacred music allowed – and this needs to be checked in advance to avoid any vetos happening on the day. In total, we had to provide a list of tracks totalling about 45 minutes, which will be used while the guests are arriving, when I walk down the aisle, when we sign the register and as we exit. END_OF_DOCUMENT_TOKEN_TO_BE_REPLACED 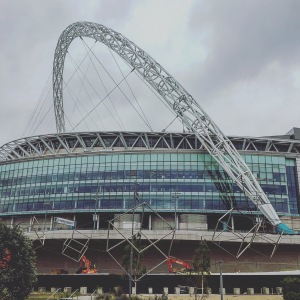 Last night I went to see Adele perform at Wembley Stadium. It was the final leg of her 124 date tour (we were at performance 120) that has seen her go through Europe, America, Australia and New Zealand, and with an audience of 98,000 people she had broken the record for a concert of that size at the venue. My sister (who had bought the tickets as a wedding present) had also booked us into a hotel on the Wembley Complex for two nights, so it became a three day mini break and I was ridiculously excited. END_OF_DOCUMENT_TOKEN_TO_BE_REPLACED

I awoke to the news that Soundgarden and Audioslave frontman Chris Cornell had suddenly passed away yesterday at the age of 52… Gutted.

What a voice. What a loss. RIP

Normally I begin my Eurovision preparations several weeks before the contest. Aside from Christmas Day and the final day of the academic year before the summer starts, Eurovision is one of my annual highlights, but this year it has almost sneaked up on me. I was away during the first semi-final so was unable to watch it live, so The Bloke and I watched the two semi-finals on Thursday and Friday night. I must admit, I was a little disappointed – there isn’t one song from the other countries that really stands out for me and there are lots of similarities in staging and outfits (half of the women seem to be white wedding dress style clothing). END_OF_DOCUMENT_TOKEN_TO_BE_REPLACED

A little while ago I was invited to see a production of RENT at The Old Rep in Birmingham. I’ve always been a fan of the music, having performed a number of the songs as part of a choir when I was at college, but had never seen the musical itself.

Since then, it has become a minor obsession. We watched (and enjoyed) the musical live on the Tuesday, then rented the film on the Wednesday, watched it again on the Thursday and then I went out and bought the DVD on the Saturday, and we promptly watched it again. I’ve owned the soundtrack with the original Broadway cast for years, so we have listened to it in the car, and there hasn’t been a morning over the last few weeks where I haven’t woken up with part of at least one of the songs going around my head in a loop. Despite the fact that I can’t relate personally to many of the themes in the show, there’s just that something about it that both The Bloke and I have connected with. It has become our thing, even though it finished on Broadway years ago. END_OF_DOCUMENT_TOKEN_TO_BE_REPLACED