This week the UK has been hit with The Beast from the East and Storm Emma – a week-long heavy snow storm with temperatures falling to well below zero.

I can practically hear my Canadian friends guffawing from across the pond as they shovel the 10,000 feet of snow from their driveways for the third time today.

Schools and hospitals have closed, a Red Warning has been issued, there’s been panic buying in supermarkets, drivers have been stranded, operations have been cancelled… We’ve even had dedicated hour-long news programmes to cover the fact that we’ve had a lot of snow and it’s reeeeally cold. END_OF_DOCUMENT_TOKEN_TO_BE_REPLACED

There are two words that are guaranteed to make any teacher in the UK excitedly poke their head up from their piles of marking: Snow Day.

The weather here is predominantly dull for about nine months of the year. We are susceptible to lots of rain, flooding and occasional storms, but heavy snow is rare in the Midlands, usually appearing for a few days, or at the very most, a week. You’d think that it would make little difference to people’s daily lives, but the beauty of living in the UK during sudden snow storms and blizzards is that we are totally unequipped to deal with them, and so the country comes to a complete standstill. Roads become innacessible, schools and businesses close and thousands of people get the day off work, much to the annoyance of the parents of our students – many who see us as being glorified babysitters. My school has an efficient heirarchical system in which phone calls are made when closures happen to ensure that staff are notified that they can put their jammies back on and go back to bed. My friend and I have a ritual when we get ‘the call’ – one of us will send the other simple text message: ‘Pub. 11.00am. Lunch’ and we have done this on every snow day we have had for the last ten years.

Therefore, you can imagine the excitement that appeared when the weather report predicted the sudden arrival of six inches of snow. The report happened on Sunday, with the weatherman eagerly explaining that the snowfall was expected at 7.00pm on Tuesday night and was supposed to  continue until Wednesday evening, and consequently for the last few days I have heard many discussions about potential plans for the day and ‘snow dances’ that need to be done in advance.

Tuesday arrived and I was constantly looking up at the sky. There were clouds, it was certainly cold enough… It was looking good! At 6.00pm it happened – I looked out of the window and big flakes of snow were falling and the car already had a nice little snowy blanket on the roof. I did my happy dance around the living room (to which The Bloke rolled his eyes) and then carried on with the rest of my evening.

Nothing. Zilch. Nowt. Not a speck of snow anywhere. Instead, it was dark and raining heavily.

What about you guys? Have you been let down by the weather?

For the last few years The Bloke and I have established a Christmas routine – we have our own little Christmas celebration a few days early, I get the train up to my Mum’s house on the 23rd, he drives to his Mum’s house (which is about 50 miles away from my Mum’s) early on the 24th, and then he drives across to pick me up on Boxing Day and we drive back down to Birmingham together. It’s a tiring day for him, but it’s quicker, cheaper and easier than battling with the trains and he always insists on doing it to ensure that I get home safe. It normally takes him about an hour to get to me and then a further two hours to drive home, but time always seems to pass really quickly as we spend the majority of the journey blathering at each other about the events of Christmas.

Yesterday, however, turned out to be a little more of an adventure than usual. The Bloke is an experienced and excellent driver and I always feel safe with him when I’m a passenger in his car, but despite his driving prowess he also possesses no sense of navigation or direction whatsoever. What should have taken him about an hour to meet me turned into a three-hour epic that involved a number of phone calls and texts after he missed the one crucial junction he needed. I felt really sorry for him during his regular updates, but although I felt mean in doing so I couldn’t help but chuckle to myself – it isn’t the first time he’s phoned me from the middle of nowhere after becoming totally lost. I eventually jumped in a taxi and met him in the nearest town to me, where I found him in a rather stressed-out state and sporting a chest infection. After he had calmed down we made onto the M6, where the sky quickly went dark and we were met with a blizzard – the first snow of Christmas. I always feel a bit strange when travelling in snow storms, the oncoming snow often makes me think I’m going into warp drive aboard the Starship Enterprise.

Thankfully, we made it back safely, there was a parking space right outside our house, the heating was on and the cats were pleased to see us. I had been spoiled yet again with gifts from his family and we snuggled up on the couch and watched some TV. Unfortunately his chest infection has got worse so I’ve ordered him to stay in bed and let me look after him today – he’s one of those really annoying patients who wants to get up and carry on as normal. He needs the rest, bless him, and it will give him a chance to wind down from the last few weeks…

What about you guys? Are you beginning to wind down or are you gearing up for New Year?

I haven’t participated in Alisa’s Travel Theme for a while, but when I saw that the current theme was ‘Winter’ I immediately thought of a set of photographs that I took a few years ago, during a beautiful snow day we had. 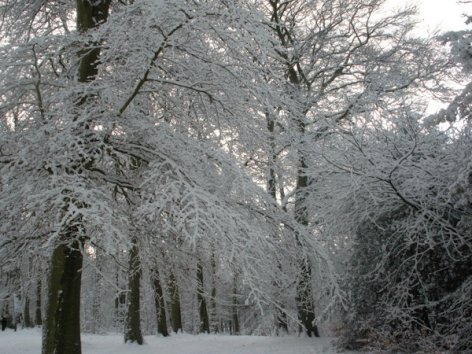 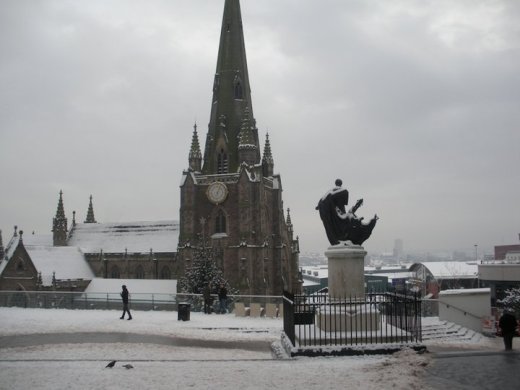 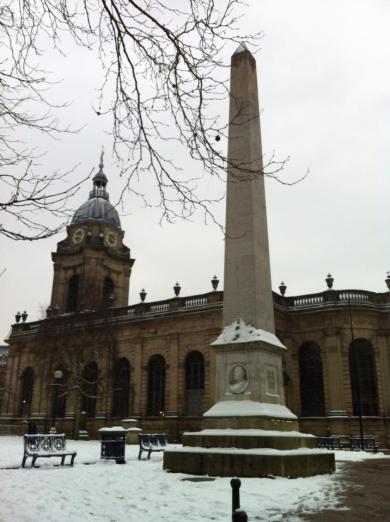 Hope you enjoy – you can also find me on Twitter @Suzie81blog