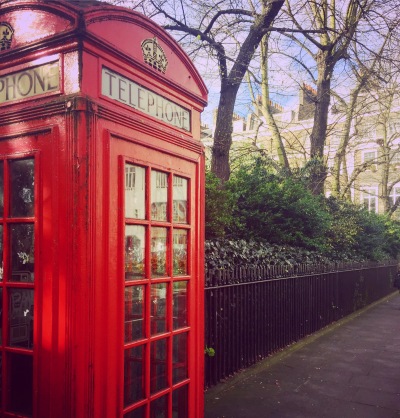 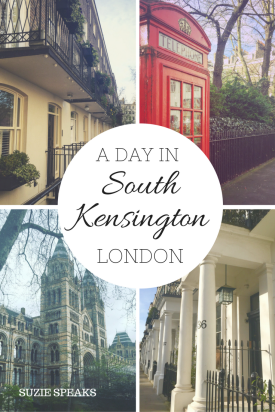 The other week The Bloke and I attempted to take advantage of a ticket sale from a train company. It went a little wrong, but we still decided to use the offer and have a day out in London, as we haven’t done that for a while.

We decided to spend the majority of the day around South Kensington – it’s a beautiful (and very expensive) area with several museums and it’s one of the few places in the city that we haven’t explored as much as we would like. We were on the train at ridiculous o’clock, as usual, and by the time we arrived at Euston the weather was fairly clear and sunny, so we took advantage of the early morning to get there before the madness of tube travel at the weekends began. On the way there I discovered an image on Pinterest of a ‘thin house’ on Thurloe Square, opposite the Victoria and Albert museum, so this was our starting point. We found it and then spent some time just wandering around the streets, admiring the private parks and the beautiful town houses and flats, along with the statue of Bartok, followed by breakfast in a local Pret a Manger (where I’m CERTAIN that we were sitting across from Julian Lloyd-Webber, although I didn’t have the nerve to go and say anything to him). END_OF_DOCUMENT_TOKEN_TO_BE_REPLACED