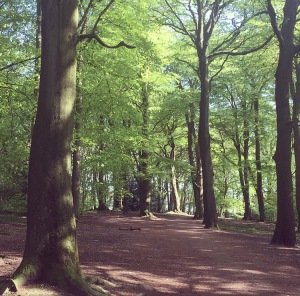 What a glorious weekend we’ve just had here in the UK! After one of the most depressing and seemingly longest winter in my own living memory, we were blessed with several days of sunshine that coincided perfectly with Bank Holiday – the hottest early May Bank Holiday on record.

The Bloke and I took full advantage of it. Saturday was spent in the city, walking around, doing a bit of shopping, enjoying lunch and general people watching. Sunday was an enormous car boot sale, where we managed to clear a massive amount of clutter and enjoyed meeting lots of new people. Yesterday, The Bloke suddenly developed a rare attack of hayfever, so my friend and I got some food and a blanket together and went for a picnic in the local park. It was lovely – I haven’t had a picnic in several years so it was nice to catch up, eat nice food and walk through the woods afterwards. My laundry was done, I got some much needed exercise, I spent some valuable time outdoors and got out of the rut I often find myself in when working from home. END_OF_DOCUMENT_TOKEN_TO_BE_REPLACED

The U.K. is currently experiencing a heatwave and I am loving every second of it. I seem to be in the minority – my Facebook and Twitter timelines are filled with complaints about it being too hot to handle – but I have embraced what will almost certainly be our only summer weather this year. Let’s face it, as a nation we spend so many months complaining about the cold, rain and dark, spending a fortune on foreign holidays just so we can experience this sort of weather, so I have little understanding of why everyone is so unhappy about it. I’ve taken full advantage of the temperature change – I’ve done loads of laundry and put it outside (having to time it in order to avoid the barbecues from the neighbours), opened loads of windows around the house, sat in a beer garden drinking a cider with my friend at the local pub, made some summery food and eaten ice-cream. Perfect. The only regret I have is that we are far away from a beach, otherwise you would have found me with my feet in the sand. END_OF_DOCUMENT_TOKEN_TO_BE_REPLACED 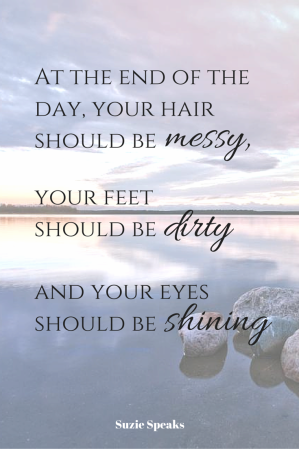 Despite having a bad night’s sleep, I woke up in a disgustingly good mood. The current heatwave we are experiencing means that it’s already beautifully warm, even at 8.00am, and when I stood outside the scent in the air somehow reminded me of foreign holidays I have been on. My Facebook feed is littered with complaints from hot and uncomfortable friends, and The Bloke, who can’t handle any sort of weather except temperate, clear and dry is struggling, but I love it – after what has seemed like an age of living in the cold and dark, it’s nice to feel some real sun on my face.

I did my last bit of freelance work yesterday for the summer, which means I now have two months off. Two months. I can’t believe how quickly this academic year has gone, and the fact that I have remained reasonably financially stable throughout. There were so many worries and anxieties that accompanied last summer, but I’ve been able to prepare for this one over the last year, and I know that as long as I don’t go out and blow all my money on cocktails (which is always a temptation), I should be fine until Christmas at least. I’ve been enjoying the last few weeks and for the first time ever I haven’t felt like I have counted down the days or desperately wished my life away just to have a break. How lucky I am. END_OF_DOCUMENT_TOKEN_TO_BE_REPLACED

It’s hot. Wonderfully, scorchingly hot. In the eloquent words of Lord Flasheart (and my friend Dave), it’s as hot as my pants. The ice-cream van is permanently situated at the end of my road, tempting me every five minutes by blasting out the ‘Match of the Day’ theme tune to remind me of its presence. I love a good ice-cream cone, but it’s so hot I don’t know whether to eat one or simply face plant it.

However, as much as I love ice-cream, there is something that always annoys me at this time of the year…

The Magnum adverts. Every. Single. Year.

I love Magnums – they’re one of my favourites, and I make it my mission to have at least one of every flavour over the summer months. The adverts are all over the television. Each advert usually follows the same conventions – one or more beautiful model-type girls bite into a magnum while walking around a beautiful city. It’s a simple concept.

Alas, as much as I would like to buy into the idea, it never fails to make me so annoyed I always loudly complain the The Bloke, who knows me well enough to nod, smile and carry on with whatever he’s doing. Why? Because the Magnum advert lies to me.

Lie 1: When the girl bites into the Magnum, the chocolate stays in tact around the bite mark and she maintains a certain sexy quality.

Truth: When I bite into a Magnum, the chocolate explodes everywhere. It’s on the floor, on my clothes, down my cleavage and in my hair.

Lie 2: The girl is able to eat the ice-cream without getting any on her lips.

Truth: Any attempt that I have ever made to eat the ice-cream in a Magnum will always leave me with melted vanilla lines at the side of my mouth. The late Heath Ledger clearly saw me doing this before he took the role of the Joker in the Dark Night film – the resemblance is striking.

Truth: It’s an ice-cream apocalypse. It’s running down the stick and onto my clothes and the floor. I’ve got melted chocolate on my hands, my face and in my hair. It’s a race against time to consume it before it disappears.

Lies, Magnum, lies. Or perhaps I just eat like a pig?

What about you guys? Do certain adverts annoy you?

Like most teachers I am aghast at how quickly the summer has passed. It seems like yesterday that I was sat in the end of year meeting, desperate for it to be over so I could start my break.

The summer hasn’t been a bad one – I’ve been to birthday parties, a wedding, visited London, been for meals, shopping, seen several films at the cinema, saw Mum, done lots of schoolwork, househunted, organised my current house a little more, blogged almost every day, I’ve done the usual holiday maintenance (doctors, dentists, hairdressers) and I’ve been able to get a clearer picture in my mind as to where I would like to be in a year’s time.

At this point in two days time I will be sat in the middle of a LONG data analysis presentation given by the Headteacher and SLT. While it may sound a little silly, I actually enjoy this part of the INSET days – it’s always a good opportunity to celebrate the achievements of our students. I know that the results have admirably improved this year so it will be a positive meeting to kick-start the new academic year. My timetable looks good, I’m going part-time so I won’t be working on Monday’s (and looking forward to the long weekends) and I have some lovely classes. END_OF_DOCUMENT_TOKEN_TO_BE_REPLACED

As a child and then as a teenager there were certain TV programmes in the summer holidays that my sisters and I simply had to watch before we did anything else that day.

One of these was ‘Saved By The Bell.’ I discovered recently that the last episode was aired 20 years ago, and so I thought that I would write a little tribute.  We watched it from the very first episode, and followed it right through to the very end of the ‘College Years’, including all the specials and the culmination of Zack and Kelly’s Wedding. END_OF_DOCUMENT_TOKEN_TO_BE_REPLACED

This weekend has been fabulous. The weather has been fantastic, I’ve had some lovely moments and I can’t believe it is over already! On Friday night I finished work and simply slept. I was shattered, and I’m desperately looking forward to next week being over so I can start my summer.

Saturday was spent shopping for a new dress. I found a beautiful black Warehouse dress that hides all my lumps and bumps, saw the Food Festival, and treated myself to a mango and passion fruit smoothie from Costa.

Today (Sunday), began by watching ‘Now You See Me,’ at the cinema. It was great, although it had one of those unfortunate plot twists that prevents you from watching the film again. END_OF_DOCUMENT_TOKEN_TO_BE_REPLACED